A comprehensive selection of Austrian and international post-1945 artists from the Leopold collection is presented. On view important works from the private collection of Rudolf Leopold and complements them with an exclusive cross-section of contemporary art. Works of important Austrian artists like Alfred Klinkan, Gunther Brus, Elke Krystufek or Josef Mikl as well as prominent international artists like Roy Lichtenstein or Mario Merz are presented in the exhibition. 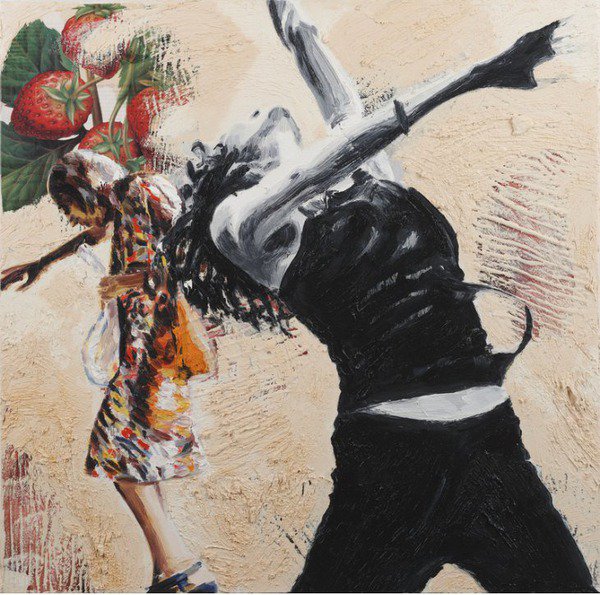 The lion’s share of this collection, which consists mostly of Austrian art with some foreign works, has rarely – if ever – been presented publicly. Rudolf Leopold’s nearly sixty years of collecting saw him concentrate on several areas: paintings and drawings by Egon Schiele, Gustav Klimt, Oskar Kokoschka, Richard Gerstl and Alfred Kubin, works by artists active mainly after 1918 such as Albin Egger-Lienz, Herbert Boeckl and Anton Kolig, and finally Austrian art of the 19th century including works by Ferdinand Georg Waldmüller, Friedrich Gauermann, Anton Romako and the Austrian Mood Impressionists. Additionally, Rudolf Leopold also took an enthusiastic interest in Arts-and-Crafts objects ranging from furniture to ceramics, as well as in African and Asian art. It is a hitherto little-known fact that Rudolf Leopold also purchased numerous works by modern and contemporary artists. An initial look at this area of collecting was offered by the exhibition of over one hundred paintings by Otto Muehl in 2010/11 at the Leopold Museum.

Rudolf Leopold valued quality and artistic passion not only at a historical distance, but also in the immediacy and language of the present. The collector Rudolf Leopold was never interested in chasing fashions or trends, but rather in the sincerity and seriousness of a type of art which was often regarded by many as being awkward and difficult. Without regard for styles or artistic schools, he repeatedly discovered artists who conformed to the high standards by which he evaluated artistic expression. It was early on, therefore, that Rudolf Leopold saw in the junk-like tube sculptures created by Oswald Oberhuber during the 1950s (which were later to receive high praise from experts) an artistic relevance that was in every measure equal to that of the dignified Hagenauer-School brass works which were likewise created during the 1950s. It was unimportant to Leopold whether or not the realistic passions of Leopold Hauer and Leopold Birstinger dating from the 1950s to the 1980s were in conformance with the modern avant-garde mainstream, nor did he not worry about whether the early material paintings by Adolf Frohner and Hermann Nitsch from the 1960s were actually taken seriously in their shocking radicalism.

Thus, it is not surprising that Rudolf Leopold’s selection of post-1945 art works is of a strongly subjective character and represents a natural consequence of his specific collector’s view. Some artists who have by now come to be considered major representatives of their eras were not admitted to his collection, while from others he purchased entire work groups. It was thus that, during the 1990s, Rudolf Leopold purchased nearly 200 paintings by Otto Muehl. Leopold dedicated a further focus of his collecting to the painter Robert Hammerstiel. Other artists who enjoyed Rudolf Leopold’s high esteem include Josef Mikl, August Walla, Robert Zeppel-Sperl, Kurt “Kappa” Kocherscheidt, Elke Krystufek, Robert Kern, Alfred Klinkan and Peter Weibel. Even if the emphasis of the Leopold Collection II is on artists from Austria, the collection also includes works by prominent international artists including Roy Lichtenstein and Mario Merz.

Leopold Museum
at the MuseumsQuartier U2 MuseumsQuartier U3 Volkstheater
Museumsplatz 1 A 1070 Vienna
Open daily from 10am to 6pm
Thursday from 10am to 9pm
Tuesday closed
The Museum will be closed on 24 December 2011, open on 31 December 2011 from 10 am to 5 pm as well as on Tuesday 27 December 2011 and 3 January 2012 between 10 am and 6 pm.
Admission:
Adults EUR 11,00
Reduced Admission Fee with ID Card
Pupils, Apprentices, Students up to 27 Years, Unemployed Persons, Disabled Persons, War-Disabled Persons, Employees of our Main Sponsors EUR 7,00
Children up to 7 Years Free