The Hermitage in the Prado

The exhibition comprises almost ninety works from the Hermitage's celebrated collections of painting, drawing and sculpture, together with a similar number of items from its unparalleled holdings of archaeological items and the decorative arts, in addition to court dress and furniture. Paintings on display include major compositions by Titian, Caravaggio, Ribera, Velazquez, up to notable examples of the Impressionist and Post-Impressionist paintings. 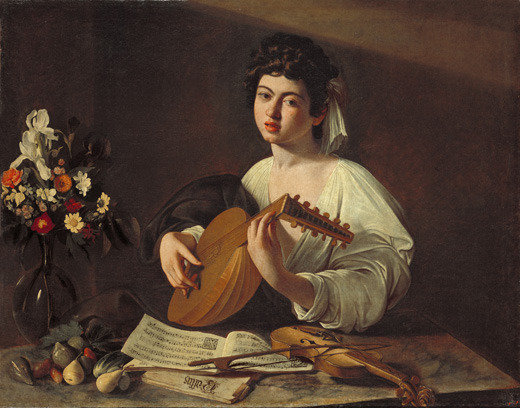 On 8 November the Prado will inaugurate 'The Hermitage in the Prado', an exhibition of 120 works that together reveal the enormous variety and splendour of the collections housed in the Russian museum. Ranging from the 5th century BC to the 20th century, these collections encompass remarkable archaeological items, examples of the decorative arts and the museum's outstanding holdings of paintings, sculptures and drawings, together making the Hermitage one of the world's leading art institutions. The exhibition, organised by the Museo del Prado, Acción Cultural Española (AC/E) and the State Hermitage Museum and sponsored by Fundación BBVA, is the first time that such a large and comprehensive selection of works has been loaned from the Hermitage and as such represents a unique opportunity for visitors.

Comprising almost ninety works from the Hermitage's celebrated collections of painting, drawing and sculpture, together with a similar number of items from its unparalleled holdings of archaeological items and the decorative arts, in addition to court dress and furniture, the exhibition 'The Hermitage in the Prado' is the second part of an unprecedented exchange of collections that has taken place between these two great museums. It was launched earlier this year with the exhibition 'The Prado in the Hermitage', held in Saint Petersburg. Again co-organised with AC/E, it became the most successful exhibition in the Hermitage's history with more than 600,000 visitors. The two exhibitions fall within the framework of Spain-Russia Year 2011.

Located in a complex of palace buildings on the banks of the River Neva and primarily in the Winter Palace, the residence of Catherine the Great in the eighteenth century, the State Hermitage Museum of Saint Petersburg is one of the world's largest and most spectacular museums. It collections range from Pharaonic Egypt, the Siberian nomadic cultures and the Greco-Roman world to Italian Renaissance art, Neo-classical sculpture and the paintings of Picasso and Matisse. The collecting activities of the czars, starting with Peter the Great (1672-1725), combined with that of various early 20th-century private collectors of avant-garde art, have ensured that the Hermitage's holdings are truly encyclopaedic.

The exhibition, which is curated by the Hermitage's director Mikhail Piotrovsky, will temporarily convert the Prado's galleries into a “Small Hermitage”, offering the visiting public the chance to discover not only the magnificent works of art and archaeology housed in this great Russian museum, of which the present exhibition offers a comprehensive selection, but also the history of the building itself. The exhibition will therefore open with portraits of Peter the Great, Catherine the Great and Nicholas I, which are shown alongside splendid views of the Winter Palace's interiors and the surrounding area, as well as a selection of furniture and examples of court dress.

Paintings to be loaned to the Prado include major compositions such as Saint Sebastian by Titian, The Lute Player by Caravaggio, Saint Sebastian by Ribera, and Three Men at a Table by Velázquez. Two important works by Rembrandt, Portrait of a Scholar and Haman accepts his Fate will also be on display. Drawings on loan will include works by Dürer, Rubens, Watteau and Ingres, while sculptures include the terracotta study by Bernini for The Ecstasy of Saint Theresa and one of Antonio Canova's masterpieces, Mary Magdalen in meditation. The exhibition will also have notable examples of the Impressionist and Post-Impressionist paintings in the Hermitage, including works by Monet, Cézanne, Renoir, Gauguin and Matisse, the latter represented by The Game of Bowls and Conversation. There will be three canvases by Picasso, including Seated Woman and The Absinth Drinker, while this section will be completed with two Russian avant-garde abstract works, Composition VI by Kandinsky and Malevich's enigmatic Black Painting.

Among the highlights from the Hermitage's archaeological collections are the Comb with Battle Scene, a Scythian work from the 4th century BC, and the pieces of Siberian jewellery that came to the Museum from Peter the Great's collection. Among the decorative works of art to be shown in Madrid will be the sword embellished with silver, rubies and diamonds that was given to the Czar in the 18th century by the Indian Ambassador, and the Vase of Flowers in rock crystal, gold and diamonds by Carl Fabergé (1846-1920), jeweller to the Imperial family.