To mark the fifth centenary of his birth, the Louvre pays tribute to Giorgio Vasari, Italian painter, architect, and writer, with an exhibition of the finest of his drawings in the museum's collection. On show also Pierre Jean Mariette's (1694 - 1774) legendary collection. 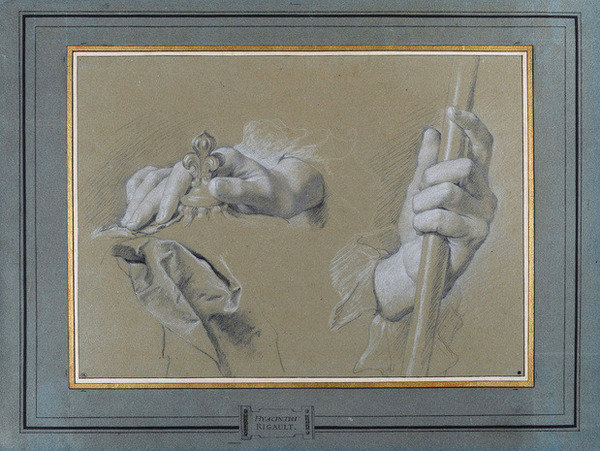 To mark the fifth centenary of his birth, the Louvre pays tribute to Giorgio Vasari, Italian painter, architect, and writer, with an exhibition of the finest of his drawings in the museum’s collection.

Giorgio Vasari was born in Tuscany in 1511. He trained in Florence, followed by Rome where he discovered classical antiquity and the great creations of Raphael and Michelangelo. Many years of roaming enriched his knowledge of Italian art. In 1554, he entered the service of Cosimo I de’ Medici, Grand Duke of Tuscany, during whose reign the old Florentine republic became an absolute monarchical state. Gradually finding himself at the hub of Florentine artistic production, he became a predominant figure through the extreme diversity of his talents, his sense of organization, and his unerring courtier’s instinct. The Uffizi Palace, designed to accommodate the new state’s administrative offices, is the most complete expression of his genius. He died in 1574.

Vasari was one of the purest representatives of what he himself helped to define as the bella maniera, the modern “beautiful manner” intended to surpass nature and classical antiquity—a court art, elegant and precious, filled with grace, softness, and apparent ease, and whose sole theoretical and practical basis is drawing. It is this notion of drawing as the first principle of any creative act that is illustrated in this exhibition.

Pierre Jean Mariette (1694–1774) brought together one of the most fascinating collections in the whole of the eighteenth century, with drawings taking pride of place (around ten thousand sheets).

Masterpieces by great artists stood alongside pieces of bravura by minor masters, in line with the encyclopedic commitment of this “genius jack-of-all-trades.”

A collection of this caliber seemed destined to join those of king and nation. This was the wish of both Mariette and the administration—but, as sometimes happens, the heirs decided otherwise. The auctioning-off lasted for no less than two and a half months, during which time nearly one thousand drawings were nonetheless purchased for the king’s cabinet.

Pierre Rosenberg, of the French Academy, President emeritus of the Musée du Louvre, assisted by Laure Barthélemy-Labeeuw, rose to the dizzying challenge of reconstructing this legendary collection by scouring public and private collections the world over to track down drawings that had once belonged to Mariette. On the occasion of the publication of two initial volumes listing nearly four thousand French drawings, the Musée du Louvre is presenting the survey’s methodological basis and its main findings. On display are around one hundred works, some famous and some recently identified, which went from the collector’s to the museum’s portfolios.