Modern and Contemporary Women Artists from Turkey. The rediscovered moderns, and women artists who for the last four decades have been shaping the contemporary art scene with their intellectual attitude and practical actions. The selection encompasses the production stretching from the mid-19th century to our day and incorporates many different disciplines from painting to video. The Uncanny Encounters photography exhibition features recent works by six younger generation female artists. 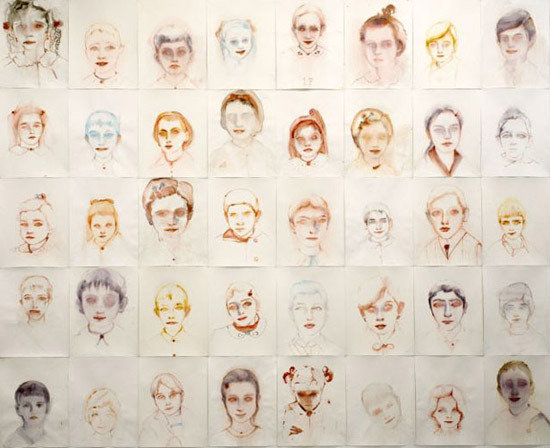 With the exhibition "Dream and Reality– Modern and Contemporary Women Artists from Turkey", İstanbul Modern aims to put on the agenda Turkey’s social and cultural transformation via the work of women artists. The exhibition, which is centered on the position of women artists in modern and contemporary art, offers a new, alternative perspective on the sociocultural history of Turkey.

Formed by curators Fatmagül Berktay, Levent Çalıkoğlu, Zeynep İnankur and Burcu Pelvanoğlu, the selection encompasses the production stretching from the mid-19th century to our day and incorporates many different disciplines from painting to video.

The exhibition, which is also like a summary of modern and contemporary Turkish art, links 74 artists, including pioneering women artists the lives and productions about which we know little and whose names are almost forgotten; the rediscovered moderns; and women artists who for the last four decades have been shaping the contemporary art scene with their intellectual attitude and practical actions.

The exhibition takes its title from the 1891 novel “Dream and Reality” coauthored by Fatma Aliye and Ahmet Midhat. As a romance novel the two-part book features many of the period’s symbolic characteristics; the first part called dream was written by Fatma Aliye and the part laying emphasis on reality by Ahmet Midhat. Fatma Aliye is featured on the cover of the novel with the penname “A Woman,” only indicating her gender, whereas the author of reality is male.

Taking the novel “Dream and Reality” as its reference, the exhibition investigates how women artists turn their dreams into reality and conveys through visual examples the relationship women artists establish with the different strata of reality in their production and this relationship’s place in today’s culture of contemporary art.

By drawing attention to the works of women artists produced for more than a century the exhibition aims to remind us of their position in the history of art while rendering visible on the one hand the ways in which, through their art, they convey their experiences in the social arena, and on the other hand, and more particularly, their pioneering and critical position in contemporary art.

The exhibition also opens to discussion the issue of female identity which in Turkey has taken shape via diverse sociocultural dynamics. Furthermore, in panels, symposia, and workshops held in conjunction with the exhibition, feminist theory, gender discussions, and women’s studies in Turkey will be analyzed by speakers from diverse disciplines.

“Uncanny” (Unheimlich) is a concept employed mainly in art and philosophy to describe the unsettling feeling evoked by something that is strange and foreign, yet astonishingly close and familiar at the same time. Uncanniness has ties to a peculiar sense of “déjà vu,” and implies the unpredictable, the unexpected, the unclear, the recalled, and the uncertain. The first encounter with a photograph generates an uncanny feeling. Certain photographs also present a subject, object, or form which can be uncanny, and the photographer’s own approach may render the visual outcome uncanny. If so, does the fact that some photographs strike us as remote or close have something to do with the unconscious? If a photograph can express different meanings to the photographer and to the viewer, how can it be related to the individual memory?

The “Uncanny Encounters” photography exhibition features recent works by six younger generation female artists from Turkey. The artists not only deal with the philosophical, socio-cultural, individual, and artistic aspects of uncanny encounters through their visual narratives, but they also explore the possibilities of photography today. The scope of this research will be extended by a series of conversations and meetings featuring the artists and experts.

İstanbul Modern is grateful to Mrs. TAMARA MANSIMOV for her generous support of all exhibition-related events.