Cities and Things That Matter 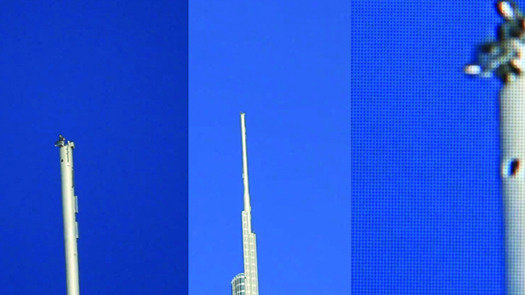 The artists explore the numerous rhythms, structures, stories and transactions of urban life that construct cultural ideologies and shape mankind. Cities, epicenters of social and public space, become the backdrop for the collective concerns of society. Economic trade, public knowledge, free speech, political and personal diplomacy along with structural development and decay are all elements of a contemporary metropolis. The seven-featured artists each use these fundamental cultural components to communicate the state of the present though their particular lenses. The resulting exhibition evaluates the structure of culture today, producing an exhibition that doubles as an anthropological barometer.

Haig Aivazian is an artist, curator and writer born in Lebanon and currently based in New York City. He uses performance, video, installation and sculpture to weave though personal and geo-political, micro and macro narratives in the search for ideological loopholes and short circuits. In his most recent works Aivazian continues to build his series The Unimaginable Things We Build, where he focuses on the world’s tallest man-made structure in an attempt to reconcile the idea of monumental architectural landmarks as nodes in an unrepresentable global network of immaterial capital. Other parts of the project have been shown in Mercer Union in Toronto, Canada, and include a commissioned public billboard at The Pavilion, Dubai United Arab Emirates.

Emre Huner, currently based in The Netherlands, works in various media from video, drawing and spatial works. Huner continuously contemplates modern-man’s place within architecture and nature as well as the dangers of industrial progression. His work questions the world humans have created with numerous machines, abandoned buildings and the seemingly endless quest for increased convenience. In the video Juggernaut, Huner combines found footage from General Motors, NASA and Walt Disney propaganda with his own shot material. An intimate set of drawings accompany Juggernaut, giving the viewer a glance at the 1960s promise for a utopian future that never came. Recent exhibition include; Adverse Stability,  Extra City Kunsthal, Antwerp, Belgium; The New Horizon, Stroom, Den Haag, The Netherlands; and The future of tradition, Haus der Kunst, Munich, Germany.

Wilfredo Prieto, originally from Cuba and currently based in New York City, offers a refreshingly optimistic point of view in his minimalist installations. In his large-scale piece Mountain, white plinths of varying heights are arranged to form a graph of the price of oil. The piece speaks to the presence of high art in contemporary society, while remaining open to interpretation by the viewer. Recent exhibitions include; Spirito Due, Complesso Monumentalle Santo Spirito in Sassia, Roma, Italy; Untitled (12th Istanbul Biennial), Turkey, Istanbul; Terrible Beauty: Art, Crisis, Change & The Office of Non-Compliance, Dublin Contemporary 2011, Dublin, Ireland; and Coup d'éclat, Focus of Résonance-Lyon Biennial, Fort du Bruissin, Centre of Contemporary Art Francheville.

American artist Michael Rakowitz, based in Chicago, uses his work to inform and empower. In his ongoing series, paraSITE, Rakowitz collaborates with homeless city residents to help them design and construct inflatable shelters. Built to utilize available hot air and bypass city camping laws, these dynamic structures become a whimsically vial for the harsh realities of urban life. Cities features rare paraSITE concept drawings that highlight the influence of 1970’s utopian architecture and the Archigram moment of the 1960’s. Rakowitz managed to take these sketches from hypothetical to reality, making the imagery that much more effective. Recent exhibitions include; Spoils, Creative Time at Park Avenue Autumn, New York NY; The worst condition is to pass under a sword which is not one's own, Level 2 Gallery, Tate Modern, London; Yes, We Don’t, Institut d’Art Contemporain Villeurbanne/Rhone-Alpes, Villeurbanne, France; Scramble For the Past: A Sotry of Archaeology in the Ottoman Empire, SALT Beyogle, Istanbul, Turkey

Raqs Media Collective is a prolific and multifaceted arts collective based in New Delhi and founded in 1992 by Jeebesh Bagchi (1965), Monica Narula (1969) and Shuddhabrata Sengupta (1968). The works in Cities and Things that Matter examine the individual within a whole, stressing that each entity is ‘something more and something less than a population’. In We the Fuel, Raqs uses a sequence of x-rays and scans to tell the story of a system made for a ‘canceled future’ that now sits decaying in its own wake. Recent exhibitions include: Surjection, agYU, Toronto, Reading Light, Festival d'Automne, Paris, Medi(t)ation, 2011 Asian Art Biennial, National Taiwan Museum of Fine Arts, Taipei, Taiwan; The Global Contemporary: Art Worlds after 1989, ZKM Museum of Contemporary Art, Karlsruhe, Germany; Contemporary Art Archipelago, Turku Archipelago, Archipelago Sea, Finland.

Nasan Tur, based in Berlin, investigates cultural ideologies that have been encoded in everyday life through the city, politics and economy. Tur’s work, marked by its formal simplicity and minimalist vocabulary, invites the viewer to consider the systems of exchange at work in our global society. In Istanbul Says…, a performance and video, Tur spray paints text graffiti over the same patch of gallery wall. Statements of love, angst, violence, and public ethos are pulled from the streets of Istanbul and layered on top of one another, leaving nothing but an illegible mass of urban emotion. In contrast, Tur’s Demo Kits combine all the necessary materials for a single protest banner in a convenient, market friendly package. Recent exhibitions include; Nasan Tur, Kunsthalle Mannheim, Germany; Frischzelle, Kunstmuseum Stuttgart, Germany; Komunismus Soziallismus Kapietalismus, Berlin, Germany; Berliner Zimmer, Museum of Contemporary Art Bucharest, Romania; The End and Beyond, Center for Contemporary Art Plovdiv, Bulgaria.

Yamashita + Kobayashi have been collaborating since first meeting at their high school art club in Chiba, Japan, over a decade ago. Flouting convention by working in tandem, Yasmashita and Kobayashi work together to gently alter preexisting situations and materials. The pair observe natural and sociological patterns, then wittily intervene to enhance or reveal the system's inherent magic. The playful results of their investigations often seem effortless, despite their intense observational techniques and physically demanding methods of creation. Major League Baseball demonstrates Y+K's modus operandi perfectly as they transform a baseball game from a frenzied temple of modern devotion into a forum for viewing the stadium's other inhabitants, a group of birds. Recent exhibitions include; The Four Souvenirs and The Book, Takuro Someya Contemporary Art, Tokyo; Going Mainstream, Kunstlerhaus Bethanien, Berlin; 2011 Yokohama Triennale, Japan; Things That Only An Artist Can Do, MARCO, Vigo, Spain.

Image: Haig Aivazian, Post-Scriptum: On the Other Side of the Sky (An Epilogue in Three Parts), 2011, single channel video 15 min