"Accomplices - The photographer and the artist around 1970" presents some of the most interesting representatives of experimental art from New York and also showing three highly original examples of photographer-artist collaboration from Central Europe. "The third room" is a project that aims to create a third space bettween the The Kunsthalle Dussselldorf and the Museum of Modern Art in Warsaw. The selected artists enter into a dialogue with each other. 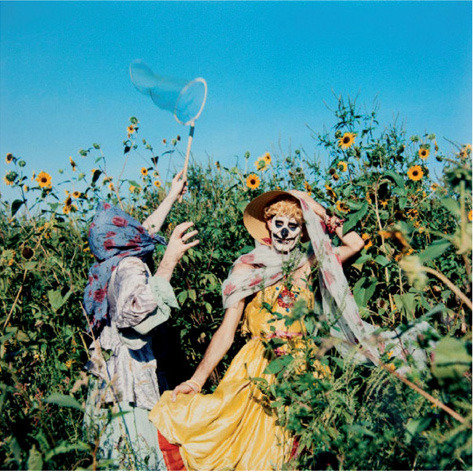 Accomplices
The photographer and the artist around 1970

The nine stories told by this exhibition each concern the meeting of a photographer and an artist. Their collaboration was sometimes one-off, sometimes it would last for years, but it always resulted in common fruit: a work of art, a process, a shared world. We are interested in the working experience of these “accomplices”, and how their collaboration shaped the work that was being created.

The stories take place ‘around 1970’ – and nominally from the late 1950s to the end of the century. The year 1970 is a conventional dividing line used to denote a change that art underwent at the time: artists stopped creating traditional objets d’art and switched to process- or event-based projects. Photography played an important role in these experiments as a means of both expression and documentation, and photographers were artist’s inevitable partners. Their role wasn’t limited to just recording, they weren’t only an extension of the documenting camera – very often the process of exchange between the photographer and the artist was highly complex and determined the project’s ultimate shape. Both parties had to ask themselves: How do I learn about my own practice by following another artist’s idea? How are two ideas realised in a single work? What does it mean to work within limits defined by another artist?

Emotions played an important role in the photographer-artist relationships the exhibition deals with; the partners were often friends, sometimes lovers, and in numerous cases their collaboration lasted many years. Important things happened not only in space defined as artistic, but also ‘off screen’, in private space.

The exhibition presents some of the most interesting representatives of experimental art from New York: the legendary artist and director Jack Smith, the collaboration between photographer and director Babette Mangolte with choreographer, performer and artist Yvonne Rainer, the dialogue between photographer and director Hollis Frampton and Carl Andre, the relationship between friends and lovers Paul Thek (artist) and Peter Hujar (photographer), as well as one of the most important Conceptual Art exhibitions in the form of photographic documentation – Projects: Pier 18, in which the work of 27 young artists, today classic figures of the genre, were documented by two photographers, Harry Shunk and János Kender. We are also showing three highly original examples of photographer-artist collaboration from Central Europe: Hungarian artist Tibor Hajas’s photographic sessions with photographer János Vető, the relationship between Tomislav Gotovac and photographer Žarko Vijatović, and the collaboration between Edward Krasiński and Eustachy Kossakowski.

Project co-funded by the Ministry of Culture and National Heritage.