Tues-Sat 12-19, closed for the winter holidays from December 29 until January 9

A collaborative audio-visual performance installation. Arakawa's work structurally evades forms of production that could be ascribed to, or referred back to a single subject. Tcherepnin is a Brooklyn-based artist who uses performance, composition, and installation to explore the materiality of sound. 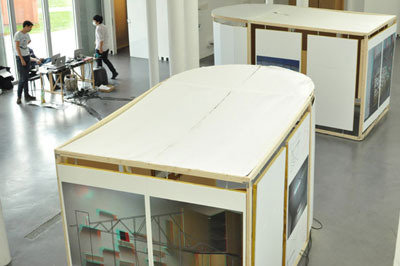 Both artists will be present at the installation and on most of the exhibition dates from 3 pm until 6 pm with the exception of December 20, 27 and 28.