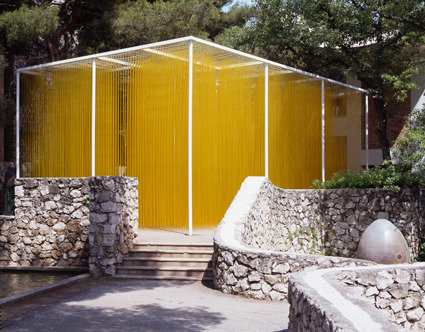 The Marguerite and Aimé Maeght Foundation will soon be celebrating the anniversary of its Société des Amis - friends society - with an exhibition which gathers together the collection acquired throughout the years by the association. From 17 October to 18 March 2012, 45 years of acquisitions will be shown at the Fondation Maeght in Saint–Paul and will give an overview of art history during these last decades.

Olivier Kaepplelin, curator of the exhibition and director of the foundation since Spring this year, declared: "To celebrate the occasion, this collection within the collection — which gives a vision of the major questions posed by art concerning the individual, ideas and forms for the past fifty years — is being presented for the first time in its entirety."

The event also aims at celebrating friendship, a value that has guided Marguerite and Aimé Maeght when collecting. Adrien Maeght, President of the institution, also highlights that "friendship has always been and will remain at the heart of the Maeght Foundation and its collections.

The Société des Amis has more than 1000 members and supports the foundation's work, as well as assisting in new acquisitions. It is thanks to this association that the establishment is able to boast such a fantastic array artworks. www.amis-fondation-maeght.com