A Museum That is Not

An investigation in the form of an exhibition and series of events. The state of a museum or a non-museum and the reflections they elicit will be opened up for exploration by the public in the form of a journey. The settings will include the fully non-material, performative museum with different projects. 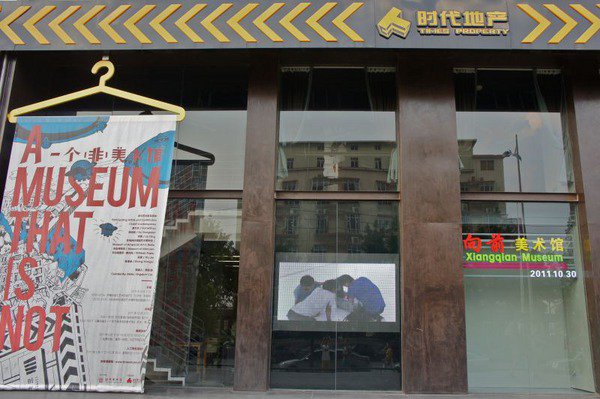 A Museum That is Not sounds a bit like the all-too-familiar institutional critique. Albeit déjà vu as such doesn’t make much sense in this site-specific museum where the direct references are not the far away and abstract art system, but the bank next door, the shop nearby, the residential building where the museum resides and the restaurants across the street. In reality, it is simply a deferred museum, so a deferred story based on this deferred museum may be subversive. It is not even “a museum” that is not, but a performative statement about any other museums that are not and will never be. If we are to approach the museum with a sense of the unknown, then attention to empirical encounters is crucial. Pursuing this investigation in the form of an exhibition and series of events, and attempting to present these undefined motives and questions is the starting point of the reflective journey that is A Museum That is Not.

In order to create a series of unexpected encounters, everything about the idea of adventure is now brought back into play. The state of a museum or a non-museum and the reflections they elicit will be opened up for exploration by the public in the form of a journey. The settings will include the fully non-material, performative museum known as the “Xiangqian Museum” (Hu Xiangqian); a Museum of Unknown and an “Encounter” they create; a juxtaposition of a “Museum of Modern Art” that appeared out of nowhere (Museum of American Art in Berlin), and the empty implications of “Museum and Me” (Liu Ding); and last but not least, a discotheque on “Mute” (Wilfredo Prieto) that should not be there, like a black hole in the end of a story that absorbs expectations without releasing answers. For the seven weeks of the exhibition, the museum becomes an open “box,” with artist talks reaching out to university campuses, lectures by a suspiciously deceased philosopher, a film screening and tea party about museums, a workshop on a community newspaper and a half-day exhibition in a nearby shop will all take place at different times during this period. These events will persistently invite the public to revisit the museum and then turn their backs on it and forget all the nonsense about a museum with a few unresolved questions until the next time.

Events during the exhibition period:
Sep 5 to 13: Artist Talks by Liu Ding, Wilfredo Prieto and Museum of Unknown, Venues to be confirmed