The exhibition features works that investigate the vast diversity and complexity of the Caribbean basin, exploring four related themes that focus on the connections between spirituality and daily life, the shifting of people into and out of urban spaces, the persistence of abstraction as a visual language, and the constant presence of the water. 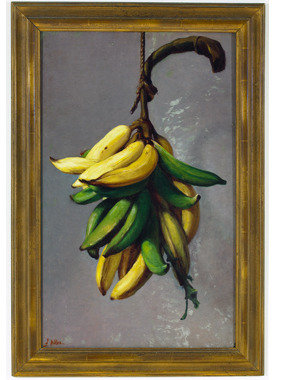 Drawn from El Museo del Barrio's wide-ranging Permanent Collection, this exhibition features works that explore the vast diversity and complexity of the Caribbean basin, as an accompaniment to El Museo’s upcoming exhibition, Caribbean: Crossroads of the World, presented in collaboration with Studio Museum in Harlem and Queens Museum of Art.

The Caribbean has been both a subject and a source for visual expression prior to its relationship with Europe. This history, marked by a constant flow of people, objects, ideas, and images into and out of the region, has affected artistic development and practices in the Caribbean basin as well as in its counterparts in the Diaspora. This installation of Permanent Collection objects takes a narrative approach to some of the themes developed in the larger exhibition, exploring the connections between personal experiences and visual expressions. The works seen here explore the human need to move from one place to another, the urge to make epic narratives from personal stories, and the desire to share one’s love for a homeland with others. As the title implies, the islands, the coastlines and the waters that unite them are all part of this study.

The exhibition explores four related themes that focus on the connections between spirituality and daily life, the shifting of people into and out of urban spaces, the persistence of abstraction as a visual language, and the constant presence of the water. Among the featured works is a large-scale painting on hand-made paper by Puerto Rican artist Rossana Martinez. This work considers islands: small, golden, irregularly shaped forms that cover the rich cobalt blue of an endless sea. Other featured objects include a selection of Haitian paintings, featuring a work by Prefet Duffaut; Puerto Rican and Guatemalan masks; sculptures by Charles Juhasz -Alvarado and Federico Ruiz; photographs by Ana Mendieta and a trio of En Foco artists, Charles Biasiny Rivera, Roger Cabán and Felipe Dante; and a costume worn by Coco Fusco in a performance as Queen Isabella, created by Pepón Osorio.

Gran Caribe considers the significance of race and ethnicity, language and dialogue, affinities and differences throughout this part of the world. Artists for whom the Caribbean is both a point of departure and a homecoming are included, as are critical voices that explore new ways of thinking about how Caribbean bodies and voices are represented.