Every day of the Weak. The exhibition, a collaboration between Bonn, Aarau and Hannover, will show the whole thematic range of his oeuvre and bring together the key works of the past years. Martin's multifaceted art - manifest as installation, sculpture, photography, drawing, script and sound- conveys an acute sense of the finite and the ephemeral, of life and death. The artist discusses the presence of time, the power of the imagination and memory, of beauty and its terrors. 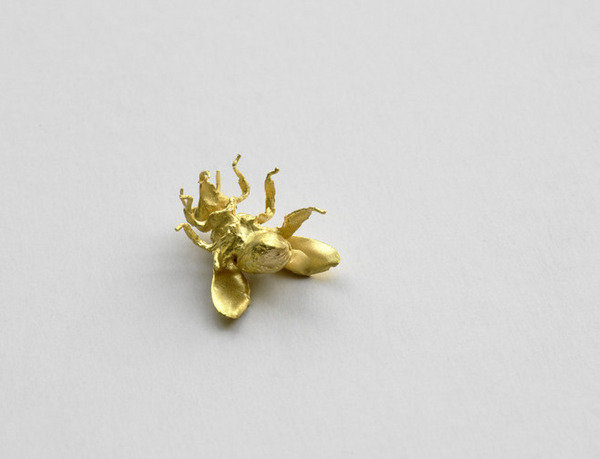 Kunstmuseum Bonn, in collaboration with Aargauer Kunsthaus in Aarau and the kestnergesellschaft in Hannover, will show the, till now, most inclusive exhibition of the work by the Belgian artist Kris Martin, born 1972. Martin is among the young generation’s most interesting international artists. He became known, among other things, through the installation Mandi III that he showed at the 4th Berlin Biennale. His first solo exhibition took place in 2004 in Wortgem-Petegem, East Flanders, while already in 2007 a selection of his works was presented at MoMA’s renowned P.S.1 in New York. The exhibition, developed with the artist in a collaboration between Bonn, Aarau and Hannover, will for the first time show the whole thematic range of his oeuvre and bring together the key works of the past years. An extensive catalogue, co-designed by the artist, will go hand in hand with the exhibition.

Martin’s multifaceted art—manifest as installation, sculpture, photography, drawing, script and sound—conveys an acute sense of the finite and the ephemeral, of life and death. The artist discusses the presence of time, the power of the imagination and memory, of beauty and its terrors. He also inquires into the possibility of spirituality, eternity, religion and God. Despite their melancholic, symbolic and romantic aspects, Martin’s works are not categorical or histrionic, but often rooted in skeptical humor. His objects’ formal diversity and their sensual and material qualities are combined with Spartan conceptuality, playful elegance, cool and puristic concentration.

Martin often uses found objects with their own history in tow and, on the other hand, uses objects that are elaborately produced for him; his works range from smallest formats to room-filling environments. He integrates Christian iconography into his artistic praxis, but alludes just as freely to literature and art history. He inquires into the fleetingness and fragility of life in view of his own person while, at the same time, always involving the viewer. It is one of Martin’s main work strategies not only to isolate things from their original context but to remove, superimpose and overwrite their essential information in such a way that the seemingly familiar becomes enigmatic. Viewers are irritated and motivated enough to fill the blanks with their own experience, to mentally develop the art fragment and complete it. Martin’s works stimulate the viewers’ fantasy to use their imagination and intuition and go beyond a world limited to rational interpretation, to address their own life and its radical uncertainty.

The exhibition brings together Martin’s major works such as Trinity and a new version of Mandi III. A large indicator board, like the ones used at airports and train stations, rattles away black and bare with no designation of places and times, a stark metaphor of our time, of a suddenly interrupted and unspecified journey. With For Whom… a large clapperless church bell swings soundlessly back and forth. Alongside of other large works such as Mandi XV, a seven-meter-long sword of bronze and steel, or 1000 Years, a 115-cm-diameter metal sphere that will destroy itself in 1000 years, are pieces that range down to the size of a few centimeters. Whereby the drawing in many diverse forms plays an important role for Martin. In Verwandlung/Metamorphosis, the artist has written Kafka’s short story as a palimpsest on a sole sheet of paper producing a metamorphosed and no longer legible black plane. In the same way Martin uses photography as a medium of arrested time. The photos from the series Spatium show depictions of the inside of the skull of a long-dead monk, which appear to be alien landscapes photographed from a great distance.