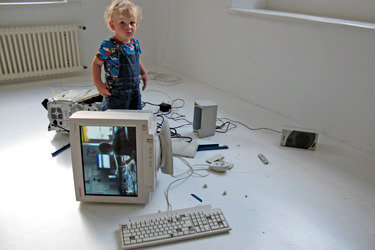 New Frontier is curated by Sundance Film Festival Senior Programmer Shari Frilot. Highlighting work that pushes the boundaries of storytelling and the moving image, the project celebrates its sixth anniversary as a convergence of film, art, and new media technologies and is a hotbed for cinematic innovation. All converge at the festival with world premieres of feature films and New Frontier, a dynamic presentation of cinematic media installations, multimedia performances, and transmedia experiences. Portraits of two of today's most provocative artists bring contemporary art to the big screen, in Ai Weiwei: Never Sorry, and Marina Abramovic: The Artist is Present. Presenting work of artists, journalists, game designers, and media scientists, New Frontier 2012 explores the integration of human forms with the techno-sphere and ushers in a media environment of the future that nourishes the cornerstones of our humanity-our social nature, vulnerability, and creativity. (Image: My Generation by Eva & Franco Mattes a.k.a. 0100101110101101.ORG, 2010, Media Sculpture)