The paintings on show in Bell Cazzo - Vita Figa: Part Two address the beauty of the coexistence of differences. We're dealing here with cravings, role-playing, longing, desire, self-abandonment and a thirst for deja' vu. 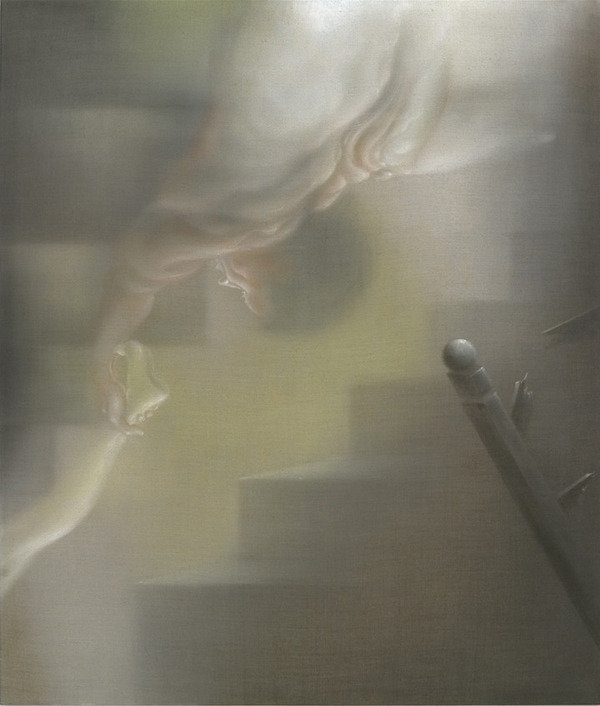 Union is pleased to present two consecutive solo exhibitions by Bernhard Martin (b. Germany, 1966). It is Martin’s practice to work on a number of different series concurrently. The new works on display at Union belongs to the series ‘The Dictatorship of the Hormones’. The drawings on show in Bell Cazzo – Vita Figa: Part Two address the beauty of the coexistence of differences. We’re dealing here with cravings, role-playing, longing, desire, self-abandonment and a thirst for déjà vu.

Martin asks us to consider the mindhungry traveller, a person with everything at their disposal who more often than not lacks happiness, contentment and a sense of belonging. The life journeys of Martin’s characters are marked by rupture; theirs are not cosy, steadfast relationships, they are predictable only in their unpredictability. Inevitably these characters’ stories always end in theatrical drama: lust, sex and murder, with jealousy after partner swapping, substitute lovers and parallel worlds..

In the new series of drawings of Martin freely interpreted the novel “Querelle” by Jean Genet. The sailor as romantic emblem of free thought, a travelling vagabond full of spirited energy and criminal desires to give up everything for the unrestrained obsession and disgrace. However Martin’s point is not to quote or reproduce this novel directly; instead he is fascinated by how ideas are translated into a visual language and how psychological obsessions are revealed. He is interested in the freedom of thought, our filmic projections, the stories we construct to frame our lives. Martin looks for the hidden psychological side of the self and the self of others; it is a search for one’s own alien abysses and desires, with one word >human mystery< always remaining ‘Moralinfrei’, bypassing spiteful moralising habits.

The drawings in this series are in pencil, on coloured canvas. Yet they seem smooth and spherical, bitter and sinister, ambiguous and peppered with a suspicious impenetrability.