The sea has always inspired man's imagination and creativity. With ten selected positions the exhibition shows how artists from classic modern to contemporary art respond to the cultural and art historical tradition of the theme. Among the artists: Joseph Beuys, Pablo Picasso, Stefanie Buehler, Wolf Hamm, Anselm Kiefer, Christine Schulz... 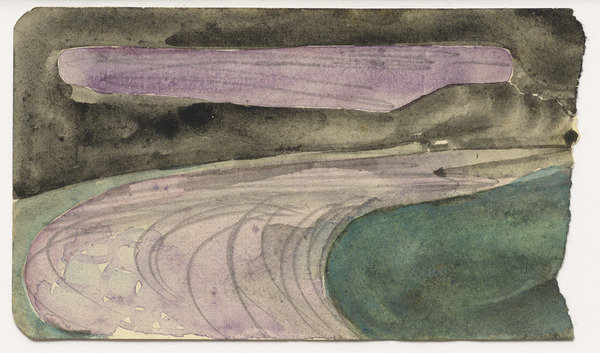 The sea has always inspired man’s imagination and creativity. As a living environment it has not only determined the economic and social development of the peoples living at the coast, it has also aroused desires and dreams, overwhelming its viewers at all times. The sea divides worlds, not only geographically, but also culturally. To this day the oceans are considered amongst the areas of the earth which are the least explored. In its immeasurability and impossibility of being controlled the sea is one of the last mysterious and mythical objects of projection of our times. In the history of art, the sea becomes a central theme in marine painting. In the beginning it mainly serves as the staging for Christian and mythological tales.

The depiction of the economic and militaristic strength of a particular nation and its mercantile marine and naval force are the main focus, apart from charming maritime landscapes. In the 19 th century the documentary approach slowly recedes, the illustration of nautical details gives way to emotional effects. The depiction of the sea is metaphorically charged into transcendental heights. The empty sea becomes a motif and by dissolving spatial structures and traditional composition seascapes act as heralds of modern abstraction.

With ten selected positions Meeresrauschen shows how artists from classic modern to contemporary art respond to the cultural and art historical tradition of the theme. Chronologically the exhibition begins with a delicate ink drawing by Lyonel Feininger, who shows the sea in an idyllic scene in which two gentlemen take a walk along a vast seashore. In a lithograph by Pablo Picasso the sea is only visible as a horizon line in the background and becomes an associative scenery for two nudes at the beach. Three works on paper by Joseph Beuys combine personal mythologies and references to cultural history. Anselm Kiefer’s work also deals with myths and mysticism, which are recomposed in a subtle and witty manner. Kai Luther’s atmospheric landscape paintings are inspired by images of the Lofoten Islands in Norway, which he depicts in their overwhelming vastness and grandeur in the tradition of Romanticism.

Emma Stibbon’s charcoal drawings show the breaking of waves near Cape Cornwall, capturing the tidal space between land and sea as an unfixed state, which becomes a metaphor for the unconscious inner life. A depiction of a complex course of motions can also be found in the paper cuts by Stefan Thiel, whose Schwimmer (swimmer) seem to be like film stills. The works appear like associations of the sea defined by images from modern mass media. For her photo-collages Christine Schulz also takes images of the sea from the constant stream of information that is the media and puts them into question within the borderland of fiction and reality. It is a similar kind of borderland which Stefanie Buehler examines in her sculptural works, which imitate scientific models.

The sculptures become metaphors, through which one may approach our complex world. For Wolf Hamm maritime landscape is like a stage upon which he arranges his surreal tableaus, showing phantasmagoric scenes of rich connotation in his reverse glass paintings.