Forty-some works from the period 1950-90 taken by leading artists such as Andy Warhol, Cindy Sherman, Robert Mapplethorpe, Samuel Fosso, Tracey Moffatt and Elina Brotherus. The photography studio is a place for masquerades and manipulations, a stage where various identities and roles can be tested. It therefore problematizes the idea that a portrait is meant to convey some truth about the subject's inner life. 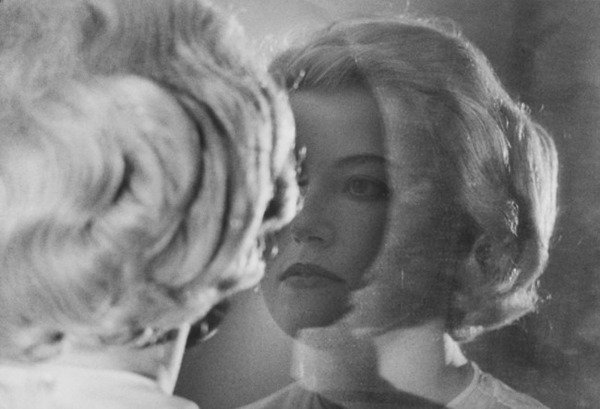 This spring we will be showing more than forty photographs from the period 1950-90 taken by leading artists such as Andy Warhol, Cindy Sherman, Robert Mapplethorpe, Samuel Fosso, Tracey Moffatt, and Elina Brotherus. The exhibition focuses on the art of portrait photography and how the artist in his or her studio creates images that depict people not just as they actually are, but also as they would like to appear.
Moderna Museet’s collection of photography is among the foremost in Europe. It includes some of the most prominent figures in the history of photography, and in the exhibition Ladies and Gentlemen! we highlight forty-some works from the period 1950-90.

Andy Warhol, Cindy Sherman, and Robert Mapplethorpe are all big names in photography, artists whose work often revolves around concepts of identity, sexuality, and performativity. The photography studio is a place for masquerades and manipulations, a stage where various identities and roles can be tested. It therefore problematizes the idea that a portrait is meant to convey some truth about the subject’s inner life. How do we distinguish a staged scene from reality? Is it even possible to make such a distinction? How free are we to form our own identity? If it’s a matter of choosing a role, what roles are available to us?

Andy Warhol’s polaroid pictures, whose title, Ladies and Gentlemen, has also provided the name for the exhibition, are examples of his interest in—or rather his obsession with—celebrities. From industrial magnates to movie stars, from rock musicians to the “superstar” friends who hung out around the Factory, his fabled studio. In the world of pop art and popular culture, surface is everything. Robert Mapplethorpe’s photographs are instead classically composed—stylized and aesthetically formed. In the controlled environment and lighting of the photo studio, he strives not for realism but for beauty. Here role-play becomes a part of the picture’s constructed character.

In Cindy Sherman’s suite of images called Untitled Film Stills (1977-80), she plays with film clichés. The scenes and characters in her photographs seem familiar, but in fact it’s always Sherman herself we see in the leading role. Using the camera as a mirror, she takes on and explores various roles. It’s a game of trying on identities that is familiar to teenagers in particular the world over, a game we play in an attempt to find ourselves, or rather to construct an individual identity. One of the many ways in which Sherman’s pictures have been interpreted is as a feminist critique of the limited number of roles available to women.

This exhibition also presents several works by Seydou Keïta, Malick Sidibé, and Samuel Fosso, studio photographers who work primarily with portrait photography. Keïta’s studio was next-door to a movie theater in Bamako, the capitol city of Mali. Sidibé takes pictures not just in his studio but also at weddings and other parties. His photographs from Bamako in the 1960s reflect the great hope that came with liberation from French colonial power. Fosso opened his studio in Bangui, in the Central African Republic, when he was still a teenager. He is best known for a series of self-portraits in which he dons a variety of outfits to assume different roles.

All the photographs in this exhibition are part of Moderna Museet’s permanent collection.