Th exhibition features photographs from the MIA's collection and other cultural institutions, together with mass media photographs, televisions clips, movies, installations, and videos. Images from key moments in sports spotlight the artistic and cultural impact of sports media from the birth of photography to the instantaneous playback of the digital age. 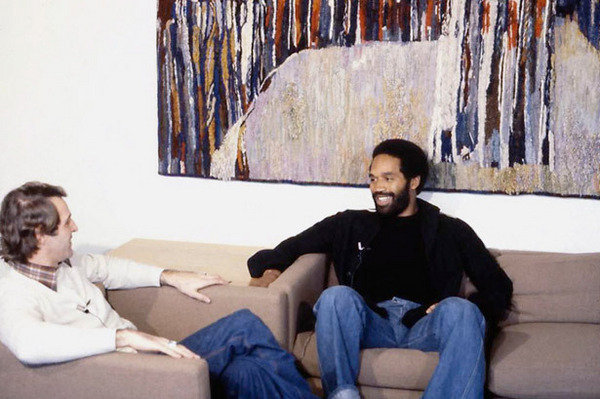 The Minneapolis Institute of Arts (MIA) is the first major art museum to trace the rise of a global sports culture from the late 19th century to the present. A new exhibition, "The Sports Show," opening February 19, explores how photography and media created the modern spectacle of sports. Featuring photographs, moving images, and television clips of athletes and international competitions, the exhibition will delineate the evolution of sports events from community entertainment into spectacles of mass participation. "The Sports Show" will comprise photographs by Diane Arbus, Richard Avedon, Andreas Gursky, Alexander Rodchenko, Wolfgang Tillmans, and Andy Warhol, among other innovative photographers and filmmakers.

"In the nineteenth century, sports events were local events," said Curator of Photography and New Media David Little. "As technology advanced and the ability to disseminate information on an international level increased, people were able to see images of important games and victorious athletes from around the world. Suddenly, millions of people were witness to athletic action, and sports became and have remained spectacles, pop-culture phenomena, and political dramas. At the same time, sports images became triggers for memories of significant personal and historic events."

The exhibition is organized around five major themes: Leisure, Press, Race, Icons, and Spectacle. A centerpiece of the show is Paul Pfeiffer's The Saints, an immersive sound-and-video installation based on the 1966 World Cup final between Germany and Great Britain. Presented for the first time in the United States, the installation captures the fervor of nationalism and crowd dynamics in sports when two former warring nations competed. Other important media works include Roger Welch's OJ Simpson Project, which has not been seen its 1977 premier; Kota Ezawa's digital animation, The Brawl, which uses sound from a real-life fight at a Pistons-Pacers game; Tim Davis' The Upstate New York Olympics; and Douglas Gordon and Phillippe Parreno's Zidane: A 21st Century Portrait in a rare full-gallery installation.

Premiering during "The Sports Show" as part of the MIA's biannual contemporary photography series "New Pictures," is a special commission by British photographer Martin Parr. Considered one of the most renowned and celebrated photographers working today, Parr was invited by the MIA to come to Minnesota in January to shoot photos covering the wealth of its winter activities, from pond hockey to ice fishing. The results of his endeavor will be on view in the exhibition, "New Pictures 6: Martin Parr," opening April 20.

A fully illustrated, 304-page catalogue, including essays by Little, Joyce Carol Oates, and Simon Critchley, will accompany the exhibition.

"The Sports Show" is organized by the Minneapolis Institute of Arts. Generous support is provided by Dorsey & Whitney LLP. Support of educational programs & outreach activities provided by the Pohlad Family Foundation. Media Partner is the Star Tribune.