One becomes the other. Included in the exhibition are a personal account of the trading of one skateboard for another, made with David Rowland, a quilt by Mary Felicia, hand-painted by Gibson and selected pieces of hide, traded and then transformed into sculptures, both free standing and in relief. These are objects that Gibson himself could not make. 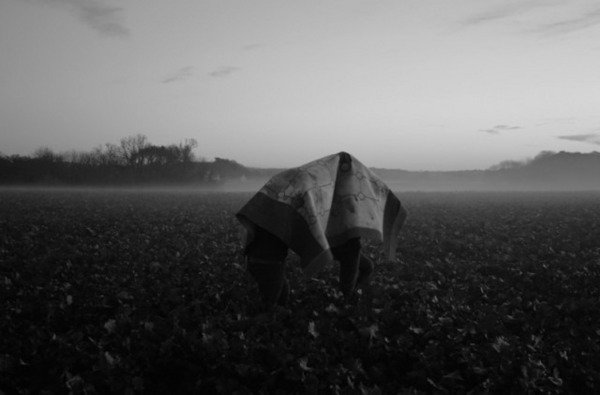 In 1941, months before the U.S. entered World War II, the Museum of Modern Art mounted an exhibition titled Indian Art of the United States . The entire first floor of the exhibition framed the then contemporary artworks as 'Indian Art for Modern Living,' thus positing an expanded depiction of modern art, progressively comprehensive for the 1940s. The significant embrace of alterity expressed by the MoMA exhibition and its relevance to contemporary culture seemed to quickly subside with the onset of the war. The gap widened between the established canon of modern art and its inclusion of Native American artists; and the burgeoning post-war Native American art world went on to define an independent trajectory, separate from more mainstream 20th century arts and cultural discourses. Seventy-seven years later, Jeffrey Gibson imagines where this dialogue may have led if parallel advancements continued, and these aesthetic and conceptual histories perhaps even merged.

Gibson is a member of the Mississippi Band of Choctaw Indians and is half Cherokee. He grew up with the knowledge of obvious Native American stereotypes, manifested in mass produced 'Indian' totem poles, and symbols representing Indian warriors, chiefs, and maidens. For Gibson, such cliché formats are not representative of Native American culture, but do provide strategies for a critique of cultural value and representation. As a Western-trained artist, ethnographic ready-mades and found objects have appeared in many of his previous sculptural and collage works. However, to bridge this historical gap required a community. This provided the impetus to travel and ultimately commission works by artists whose practices draw from different spheres of knowledge, and whose work is made for very different reasons.

Integrating materials, processes, and commissioned objects, Gibson began working with them in tandem with the formal, abstract languages common to his work, equally influenced by being Native, queer, urban, and also by the communities he forged, both local and peripheral. Objects commissioned join hybrid sculptures that reflect the relationship between the local, the regional, and the global. Included in the exhibition are a personal account of the trading of one skateboard for another, made with David Rowland, a quilt by Mary Felicia, hand-painted by Gibson and selected pieces of hide, traded and then transformed into sculptures, both free standing and in relief. These are objects that Gibson himself could not make.

Although he learned about the materials and processes that inform them, the belief systems that motivate, define, and imbue these objects with a specific sense of history and power are not necessarily his own. Treading a fine line between ethnographic installation and Gibson's personal collaborative investment, his totemic structures engage with tradition, modernity, cultural specificity, and the fluctuations of contemporary material culture.

A catalogue documenting one becomes the other, including essays by James Luna and Lia Gangitano will be published in late spring in conjunction with Samson Projects, Boston.

Jeffrey Gibson is a painter and sculptor living and working in Brooklyn, New York. His work has been shown nationally and internationally at museums, galleries, and art fairs. Selected exhibitions include No Reservations at The Aldrich Contemporary Art Museum, Ridgefield, CT (2006), Off the Map at the National Museum of the American Indian, Washington, D.C. (2007), SONOTUBE at The Santa Barbara Contemporary Arts Forum (2007), Solution at Diverseworks, Houston, TX (2009), and Totems at Sala Diaz, San Antonio, TX (2009). He received a visual arts grant from Creative Capital Foundation in 2005; the Eiteljorg Museum Fellowship in 2009; and a Percent for Art commission by the Department of Cultural Affairs in New York City in 2010. His work has been featured and reviewed in numerous publications, including The New York Times, The Village Voice, The Boston Globe, ArtNews, Art Lies and The Brooklyn Rail . Gibson's work has recently been included in exhibitions at The Museum of Fine Arts, Boston; Plug-In Institute of Contemporary Art, Winnipeg; The Peabody Essex Museum, Salem, MA; and will be included in an upcoming exhibition at The Museum of Art and Design, New York. He is a 2012 TED Foundation Fellow.