A Selection from the Contemporary Art Collection of the Istanbul Museum of Modern Art. A Turkey's cultural hotspot to celebrate the 400th anniversary of diplomatic relations between the Netherlands and Turkey. The exhibition showcases works by 14 artists from different periods, starting from the 1970s and up to the present. Painting, video art and installation present their vision of such contemporary themes such as imagination, identity, recent political tensions and visual culture. 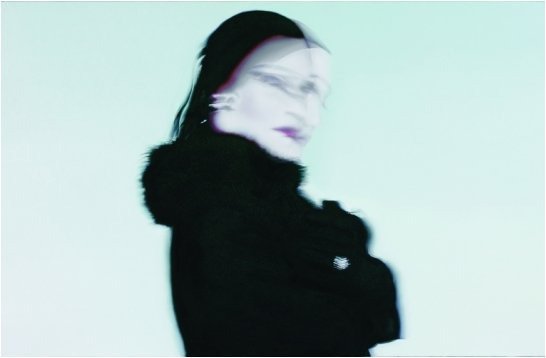 This spring Museum Boijmans Van Beuningen will be showing a selection of works from the Collection of İstanbul Museum of Modern Art, the first private museum in Turkey that organizes modern and contemporary art exhibitions. The exhibition, put together by the Chief Curator of İstanbul Modern, Levent Çalıkoğlu, is the first large-scale show of contemporary art from Turkey in Rotterdam.

An exhibition of works from the Collection of İstanbul Museum of Modern Art will be on display this spring in Museum Boijmans Van Beuningen, as part of the celebrations of 400 years of diplomatic relations between Turkey and the Netherlands. Fourteen artists from Turkey with international reputations will show their work in Rotterdam. They will present their vision of such contemporary themes such as imagination, identity, recent political tensions and visual culture. The selection of works embraces a great diversity of media including painting, video art and installation.

Art from the 1970s to the Present in Turkey
The exhibition showcases works by fourteen artists from different periods, starting from the 1970s and up to the present. ‘New Citizen I-II-III’, a video installation by Ankara-born İnci Eviner (1956), is a large mural with three embedded video screens. In this work Eviner combines European wallpaper patterns with Ottoman tile decorations, and invites visitors to look at traditions in a new way. Another artist, Taner Ceylan (1967) is known for his photo-realistic style and gender related themes. His painting ‘Alp on a White Background’, which looks very much like a blurred photograph, portrays a person who seems to be a woman, but the name ‘Alp’ in the title suggests the opposite. ‘The Headless Woman or the Belly Dance’ of 1974, regarded as the first video exhibited in Turkey by the Paris based artist Nil Yalter, highlights orientalist fantasies that have evolved around the female body. The series entitled ‘The Stained Glass of the Innocents (prototypes)’, by the Turkish-Armenian artist Sarkis, consists of a series of ten neon lit stained-glass sculptures. This summer Sarkis has been invited by Museum Boijmans Van Beuningen and the Port of Rotterdam to make an installation at the Submarine Wharf in Rotterdam’s docks.

Guided Tours
During the exhibition, the museum will be organizing guided tours in Dutch and Turkish. All the information about the exhibition, including a visitor brochure, will be in Dutch, Turkish and English.

‘İstanbul Modern - Rotterdam’ is supported by the Government of the Republic of Turkey within the framework of the celebrations of the 400th anniversary of the establishment of diplomatic relations between Turkey and the Netherlands.