"People and the City" is an artistic journey through an unparalleled selection of 70 works from the UniCredit Art Collection. The exhibition explores the symbiotic relationship between urban environments and inhabitants since the 20th century, and analyzes urban space as a reflection of modern living. "The Fourth State of Water: From Micro to Macro", the project curated by Victoria Vesna is conceived to be first a collaborative experience, based on the exchange and dialogue through artists, scientists, curators and other interested intellectuals. 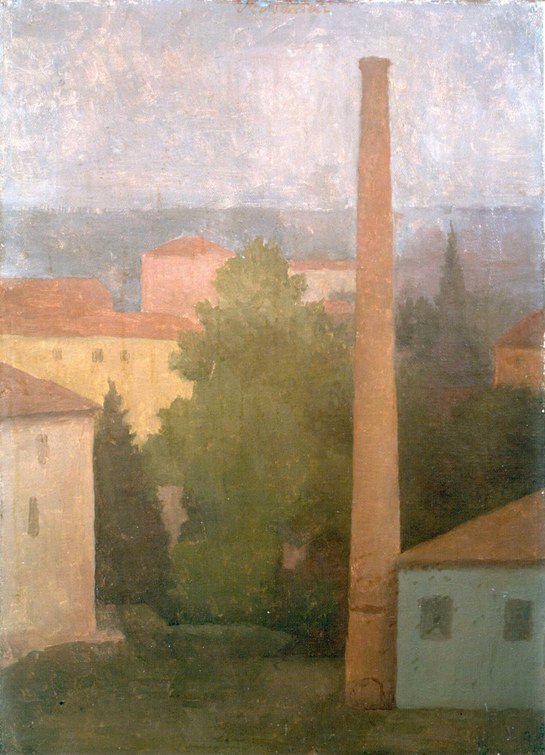 People and the City

Designed and curated by Dobrila Denegri, Artistic Director of the Centre of Contemporary Art in Toruń, together with Walter Guadagnini, Chairman of the UniCredit for Art Scientific Commission, which also includes Luca Massimo Barbero, Lorand Hegyi and Angelika Nollert.

UniCredit and Bank Pekao S.A., in partnership with the Centre of Contemporary Art (CoCA) in Toruń, Poland and under the patronage of the Italian Embassy in Warsaw, present the second edition of the People and the City exhibition, following its success in Moscow last year. The show will run from Saturday, March 3 to Sunday, April 29, 2012 in the CoCA exhibition space.

People and the City is an artistic journey through an unparalleled selection of 70 works from the UniCredit Art Collection. The exhibition explores the symbiotic relationship between urban environments and inhabitants since the 20th century, and analyzes urban space as a reflection of modern living. The journey begins from an aerial view of the city before arriving at street level, where buildings and multicultural individuals become the subjects of curiosity. The exhibition then increases its focus to explore the intimacy of individuals’ domestic lives and to dream of imaginary cities in which to live on a more human dimension.
The exhibition features paintings, photographs and installations that reflect the personal views of urban environments by some of the most prominent artists of the 20th and 21st century, including Andreas Gursky, Wolfgang Tillmans, Eugène Atget, Barbara Klemm, Jordi Colomer and Peter Blake. Giorgio de Chirico’s Piazza d’Italia (1970) provides a non-realist perspective of urban architecture, while Gabriele Basilico’s Milano (1981) uses photography to capture the industrial archaeology of cities’ outlying areas. The surreal architectural landscapes in Giorgio Morandi’s Paesaggio (1925) lends an interesting contrast to Christo’s land art, Lower Manhattan.

Wrapped Building, which is one of the five subjects in his 1985 portfolio that modifies cities’ architecture by warping buildings and monuments. Christian Marclay’s film, Telephones (1995), explores the telephone’s function in our society, while Hamburg (1952) by Henri Cartier-Bresson, the father of photojournalism, captures images of street life.

The exhibition was designed and curated by Dobrila Denegri, Artistic Director of the Centre of Contemporary Art in Toruń, together with Walter Guadagnini, Chairman of the UniCredit for Art Scientific Commission, which also includes Luca Massimo Barbero, Lorand Hegyi and Angelika Nollert.
The artwork presented in the People and the City exhibition are all part of the UniCredit Art Collection, and originate from Austria, Germany, Italy, Turkey and the United States. With over 60,000 works, the UniCredit Art Collection is comprised of paintings, sculptures, installations, videos and photographs, all of which reflect the Group’s European identity and symbolize its international commitment to art.

The Fourth State of Water: From Micro to Macro

Victoria Vesna is known as one of the most cutting-edge media artists, committed to experimental and innovative practices which seek for the enlargement of the boundaries of art through the dialogue with science and advanced technologies. In addition to her long-term collaboration with nanoscientist James Gimzewski who she co-directs the UCLA Art |Sci center, Victoria is currently working on projects with an evolutionary biologist, neuroscientists and sound artists.

Victoria Vesna’s artistic work as well as her theoretical background were motivations to invite her to curate a project that will bring to CoCA Torun some of the most advanced and experimental artistic practices, but not only. The project curated by Victoria Vesna is conceived to be first and foremost an exciting collaborative experience, based on the exchange and dialogue through the creation of a social network and meta-interface that will involve artists, scientists, curators and theoreticians, journalists and other interested intellectuals. This project is developed around the theme of water, understood not only through the multiplicity of its symbolical and metaphorical meanings but also as one of the life and energy sources which today demands a serious political and social discussion.

According to Victoria’s concept, “this project considers the idea of the 4th state of water as a shift in perspective and a new way of thinking with this molecule being the ultimate reflection of our emerging global consciousness. Just as the discovery of the buckminsterfullerene changed our perception of matter and life while ushering in the age of nanotechnology, the idea of a 4th state of water, changes our way of thinking of life and could have major implications in the sciences from nanotechnology to neuroscience to the extraterrestrial search for life. Similarly, plasma is sometimes called the “4th state of matter” going beyond what we are used to on earth – solid, liquid, gas… During the last century many scientists have tried to bring to the forefront the existence of a dynamic plasmatic energy existing within living organisms and water with not much success. With the current scientific advances, some of these ideas by experimenters who showed water as a carrier of an energetic force of a cosmic-biological phenomenon are resurfacing. The exhibition is based on taking these far-out ideas of water as a way to enter into a productive dialogue between artists and scientists.”

Involved artists will be or strongly connected or coming from areas of big river deltas and water ports all over the globe, as well as places which has been changed or destroyed by the water. Not by chance that Japan is strongly presented through the participation of artists as well as scientists who engage themselves in the artistic practice too. Also other areas hit by violent tsunamis or by droughts were source of inspiration to some of the artists involved in this project which in its totality seeks to raise awareness and sensitize larger public opinion on issues that regards all of us: from theories about beginning of life to those about extraterrestrial life forms, from concrete ecological and environmental issues, like social aspects related to the lack of water in the world, to considerations of water as one of the most universal symbols as well as metaphors for our contemporary “liquid” society, as well as for the permanent flux and flow of data in the vast “ocean” of internet.

In the occasion of the exhibition will be launched web platform which will include contributions of Linda Weintraub (USA), Esther Moñivas (Spain), Karla Brunet (Brazil), Phillip Ball (GB) as well as artists and activists working around the theme of water in the multitude of it’s potential meanings and applications. An extensive meta-interface website is designed by Claudia Jacques.

22nd of March, the World Water Day
Symposium connected with the exhibition will be held on 22nd of March – World Water Day – at the California NanoSystems Institute, UCLA, Los Angeles
www.waterbodies.org - online meta site realized in collaboration with author Linda Weintraub and web-designer Claudia Jacques - premiers a virtual exhibition of artists and scientists around the planet working with water and features essay Why Water is Weird by Philip Ball, renowned science writer and author of book H2O: A Biography of Water.

A press conference will be held on Friday, March 2 at 12:00 p.m. to launch the exhibition, where eminent Italian artist Francesco Jodice will discuss City Tellers, his documentary film series about urban realities in São Paulo, Dubai and Aral.
Opening 2nd of March 2012 at 7p.m.