Straight Up. In this new video work the artist performs an interpretive sign language version of Paula Abdul's 1988 number one single. An unencumbered cover of Pina Bausch's 'Nelken'. Over the course of the piece, the choreography begins to deteriorate in parallel, becoming less precise, and more organic. 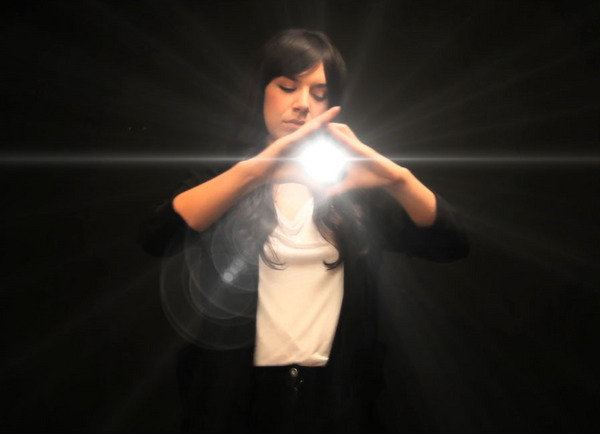 Spencer Brownstone Gallery is pleased to present 'Straight Up', 2011, a new video work by Berlin based artist Cécile B. Evans. In this piece the artist performs an interpretive sign language version of Paula Abdul's 1988 number one single, "Straight Up". It is, at first glance, an unencumbered cover of Pina Bausch’s 'Nelken', 1982, in which a man spells out Gershwin’s "The Man I Love" in sign language as the soundtrack plays in the background, progressively picking up speed. Over the course of 'Straight Up', the choreography begins to deteriorate in parallel, becoming less precise, and more organic. As the piece progresses a series of glittery effects are implemented onto the composition, emphasizing this deterioration and further blurring emotional boundaries between the subjective and objective. Meanwhile, Abdul's score, replaced by an adaptation composed by singer and pop-songwriter Mati Gavriel, culminates in an additional disorienting plane of removal between the visual and aural, the mental and physical, and the dramatic and real.

Cécile B. Evans was born in 1983, in The United States of America and lives and works in Berlin, Germany. She received her B.F.A. from the Tisch School of the Arts at New York University. Evans has participated in exhibitions at the Bergen Kuntsmuseum, Norway; Exit Art in New York City and the Grimmuseum, Berlin, Germany.