Gifts from the Kondon-Giesberger Collection. This focused exhibition particularly considers the impulse toward reductive abstraction as expressed by artists from the late 1950s into the 1970s. 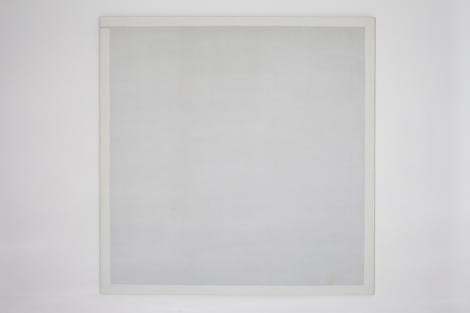 In an effort to showcase key masterworks from its historical collection, MCASD presents Iconic: Gifts from the Kondon-Giesberger Collection. This focused exhibition particularly considers the impulse toward reductive abstraction as expressed by artists from the late 1950s into the 1970s.

MCASD’s collection of 4,200 objects is noted for its strength in minimalism, including works by artists such as Donald Judd and Agnes Martin. Both of these artists, whose distilled compositions emphasize the essential components of art—line, canvas, form—will be featured.

Iconic will also debut new additions to the Museum’s holdings acquired through a generous gift of the Estate of Vance E. Kondon and Elisabeth Giesberger. Kondon, a former board member of MCASD, was active in San Diego’s art community in the 1970s, when minimalism was in its heyday.

Works from the Vance E. Kondon and Elisabeth Giesberger estate include Robert Ryman’s white-on-white canvas, Century (1975), and Brice Marden’s subtle multi-paneled canvas Green Study (1982). Other works on view include new acquisitions by Robert Mangold, Mark Tobey, Ben Akkerman, Ad Dekkers, and Richard Serra. When presented alongside other selections from the Museum’s permanent collection, including works by Jo Baer, Christo, and Mary Corse, the grouping eloquently represents a fertile period for abstraction and helps demonstrate the Museum’s deep holdings of this important period on American art.

Iconic is presented at the Museum’s downtown campus in the Colette and Ivor Royston Gallery on the second floor of the 1001 Kettner building, a spacious and sky-lit gallery that showcases objects to excellent effect.

Iconic: Gifts from the Kondon-Giesberger Collection is organized by the Museum of Contemporary Art San Diego.

The Museum of Contemporary Art Downtown - MCASD
1100 and 1001 Kettner Boulevard - San Diego
11 AM – 5 PM daily. Closed Wednesday.
The Museum is free on the third Thursday of every month from 5-7 PM.
Admission: General $10
Seniors $5
Students 26 and over (with ID) $5
25 and under Free (with ID)
Military and their families Free (with ID)