The show presents images and objects which launch questions about the image as object, about the object as questioning subject. Works by David Ferrando Giraut, Gorka Mohamed and Beatriz Olabarrieta. 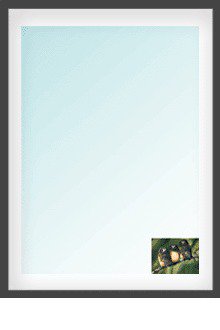 As artists and human beings, our position in the world is one of curious exploration, of observation and spontaneous response; a reflection that follows an act and prompts another.
The embryo of our Swollen Jungle originated – as these things usually occur – due to the accidental spill and reaction between different chemical components. Instead of working from a pre-established idea which shaped the works or the exhibition, we opted for an unplanned series of conversations, of informal meetings, favoring a mechanism of mutual action-reaction, a kind of osmosis, thinking of the space between the three of us as breeding ground.

Our individual focus of interests stretched from one another, curling and branching off, creating a mesh of images and objects which launch questions about the image as object, about the object as questioning subject. Expanding in rhizomatic growth, and feeding, as a speck of dust, from its chance encounters, it incorporated notions of the Baroque, technology and the sublime, critique of hierarchical structures, visual thinking, vegetal behaviors, and most of all the importance of friendship; and hair, much hair.