The exhibition profiles the influential literary figure of Dennis Cooper, acknowledging his important impact across literature, poetry, performance and visual art. In addition, works by Vincent Fecteau and Falke Pisano are shown alongside the archive material. Artist Trisha Donnelly has been commissioned to produce new work based on the five novels. 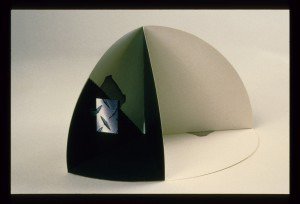 The exhibition hinges on the George Miles Cycle (1989 – 2000), a series of interconnected novels that include graphic scenes of violence and desire, of pedophilia, mutilation and necrophilia. The complex structure of the cycle could be seen as literary sculpture; one that is layered and constructed out of geometrical forms.

Dennis Cooper’s literary aspirations were explored early on and often took the form of imitations of Rimbaud, Verlaine, De Sade, and Baudelaire. He wrote poetry and stories in his early teens that explored scandalous and often extreme subjects.

In 1987, Cooper moved to Amsterdam where he finished writing the first novel of the George Miles Cycle entitled Closer. Closer was awarded with the first Ferro-Gumley Award for gay literature and has since been translated into seventeen languages.

Cooper was 15 when he met George Miles, the 12-year old brother of a friend. They immediately became very close and continued their affection and friendship after George developed a severe bipolar disorder in his early teens, causing him to go through phases of serious depressions, manic episodes, suicide attempts and occasional periods of institutionalization.

“Over (the) years, I’d developed a game plan or overall structure for the cycle. It would take the form of a novel being gradually dismembered to nothing. The first novel would construct the themes, archetypes, subjects, style, and atmosphere of the cycle. (…) Each succeeding novel’s form would reflect the damage caused by the violence, drug use, and emotional turmoil of the previous novel. (…) Parallel to this dismemberment in stages, the structure would be a mirrored structure where the first novel would seem to gradually move through a mirror and eventually, over the course of the cycle, become a backwards reflection of itself.”
-Dennis Cooper

In 1997, after publishing the fourth novel in the cycle, he found out that George had committed suicide ten years earlier. The fifth novel, Period, was therefore written with the awareness that George was no longer alive and would never read the cycle attributed to him. The novel is inspired by and dedicated to the artist Vincent Fecteau.

In the collaboration with the Fales Library & Special Collections of New York University, Kunstverein presents the archive of the George Miles Cycle, comprised of manuscripts, journals, posters, correspondence, scrapbooks and videocassettes.
In addition, works by Vincent Fecteau and Falke Pisano are shown alongside the archive material. Artist Trisha Donnelly has been commissioned to produce new work based on the five novels.

On 16 and 17 April, Dennis Cooper will conduct a writing workshop.

A booklet containing an interview with Dennis Cooper, Marvin Taylor and Krist Gruijthuijsen will be available.

Closer – The Dennis Cooper Papers is conceived in dialogue with Marvin Taylor, director of the Fales Library & Special Collections of the New York University