A new body of work. Matti Braun's practice operates at the point where fine art, design and craft crossover. His work focuses on networks of individuals and how their activities challenge conventional interpretation. 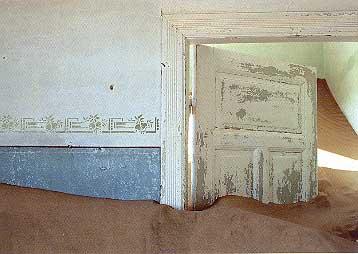 The Showroom is pleased to announce that it has commissioned German artist Matti Braun to make a new body of work for presentation at The Showroom between 26 March and 4 May 2003. While Braun has been involved in high profile international group and solo projects, this will be his first solo show in London. His work has been shown in ARS 01, KIASMA, Helsinki, the Tirana Biennale, Albania, and the Stedelijk Museum's Bureau Amsterdam. Braun lives and works in Cologne; he is represented by BQ gallery.

Matti Braun's practice operates at the point where fine art, design and craft crossover. His work focuses on networks of individuals and how their activities challenge conventional interpretation. Drawing from an eclectic collection of projects made by these informal and disparate networks over the last two hundred years, Braun looks at how their activities function on social and political levels, through their development of art and language.

Braun's most recent project, Bunta Gabo, took as its subject Andreas Juste who worked in Belgium during the last century. Juste produced a series of self-published novels, poems, pamphlets and translated works, written exclusively in Ido, a refined version of the international language, Esperanto. These works remain out of print, but were they freely available they would only be understood by a small number of readers. Braun presented a series of proposed covers for Juste's writings. Drawing a parallel between the linguistic diversity in the construction of Ido, Braun's covers offer a cross section of design approaches. These works referenced Braun's particular interest in how networks of individuals are established and communicate; in this case the community formed by the disparate global speakers of Ido.

"Just as Juste's writings form an oblique locus - an obscure point of intersection between different ways of thinking - so Braun's installations, with their fractious structures, reflective surfaces and moulded furniture, are similarly complex. Braun's work does not offer explanations to the histories that inform them but offer instead a series of loci that articulate that there are no simple explanations, no simple trajectories between ideas and actions." Rob Tufnell, Assistant-Curator, Dundee Contemporary Arts.

For further information please contact either Kirsty Ogg or Andy Marsh on 020 8983 4115.