From Tuesday to Saturday 10am - 7pm

Sculptures - 'Io sono uno scultore e non un ceramista'. The sculptures of this artist are characterised by an experimentation where the concern for the non-finito in the subjects animates the material, approached as it is in a revolutionary manner, while at the same time conserving its innate organic vitality. 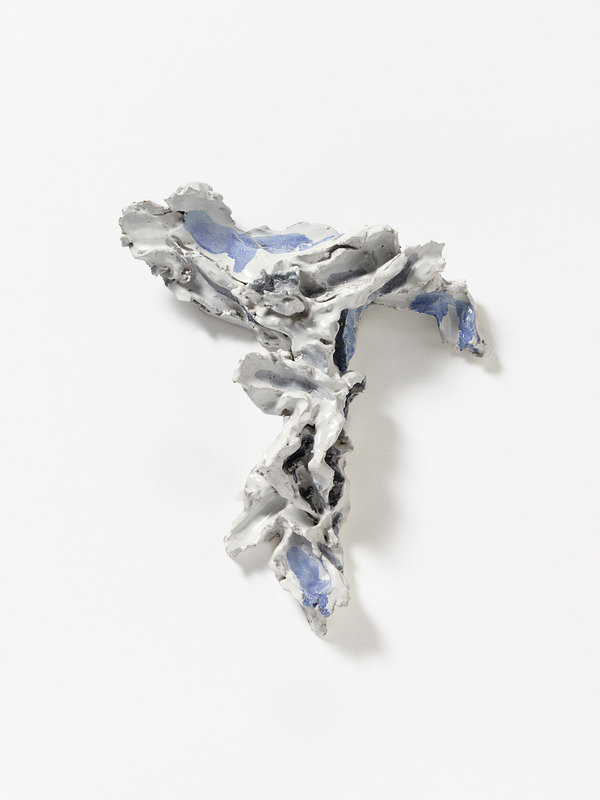 Karsten Greve Gallery is honoured to present an exhibition of rarely seen ceramics of a vast and impressive variety by LUCIO FONTANA (1899-1968). The sculptures of this artist are characterised by an experimentation where the concern for the non-finito in the subjects animates the material, approached as it is in a revolutionary manner, while at the same time conserving its innate organic vitality. The matter seems to sizzle, becoming very agitated and telluric, though capable of palpable pleasure. Fontana is oriented in the direction of sculptural research that sees shape as an event through light and space, an actual vital lump charged with energy. “I searched and studied form, the expression of form”, Fontana stresses in a text about ceramics in 1939.

The artist often insists in his writings upon his own position with respect to ceramics, defining himself as a sculptor and not a ceramist. Furthermore, he emphasises the distinction between the technique itself and its objectives; his own studies on form and on the expression liberated from the form itself. It was in 1937 during a stay at the Manufacture Nationale de Sèvres and later, at the furnace of Albisola in Liguria (Italy), that Fontana deepened his technique in a systematic and disciplined manner. It was in fact in Albisola that he produced a marine series with seaweed, butterfly, flower and lobster motifs and an entire petrified and brilliant aquarium.

In his works, Fontana ceaselessly confronts the techniques and traditional themes that are characteristic of ceramics. He fills his work out with landscapes, religious scenes, vegetal and animal subjects and even characters from the Commedia dell’Arte, in order to reinvent them and launch into avant-garde ideas and achievements, the results of which are his Concetti Spaziali, Buchi (since 1949) and Tagli (since 1958). His outstanding sculptures were really discovered and fully appreciated for the first time at an exhibition at the Pompidou Centre in 1987. In this particularly significant production, Fontana had a less theoretical commitment to static art genres. An unlimited “spatialism” took form in his first writings, Manifesto Blanco (Buenos Aires, 1946) and Spaziali (Milan, 1948), the first Italian manifesto. Influenced by Futurism, he upheld the ideas of progress, of a dynamic world where the concept of the work operates as much in the viewer’s imagination as in its material production.

The son of an Italian sculptor who emigrated to Argentina, he learned to master ceramics in his father’s workshop. He studied at the Brera Academy at the end of the 1920’s under the symbolist sculptor Adolfo Wildt. There he discovered his interest in clear outlines, compositions with two-dimensional images and in space, which is not made up of volumes but of an imaginary line. This importance granted to substance as a point of departure towards space is reflected in his ceramic pieces such as Arlecchino (1948) and Il Guerriero (1949). Fontana sought to free himself from the spatial framework through agitated movements, fragmented and luminous surfaces and a Baroque-Expressionist gesture set in an alternation of concave and convex shapes. Directly modulating the material with his spontaneous gestures, Fontana highlights the softness and versatility of the material being handled. His interest for well defined edges and compositions with two-dimensional images finds expression in more abstract works such as La Sirene (1950) and Concetto Spaziale (1954), in which representation gradually disappears and the limits of genres between sculpture, drawing and oil painting are merged. Lucio Fontana was born on February 19, 1899 in Rosario, a province of Santa Fe in Argentina. In 1927 he studied sculpture in Italy and held his first exhibition at the Il Milione Gallery, in Milan (1930).

During the following years, he travelled between Italy and France, working with expressionist and abstract painters. In 1940, in Buenos Aires, he taught sculpture at the Beaux-Arts before founding a private school, the Altamira Academy. Then in 1946 he signed the Manifesto Blanco, which was considered to be the first manifesto of the Spatialist Movement. In 1947, Fontana returned to Milan, where a small group soon gathered around his ideas, and led the way to several manifestos. Back in Milan after a period in New York in the 1960’s, he finally moved to Comabbio, in Lombardy, where he died on September 7, 1968. His works have been shown in numerous one-man and group shows around the world, including the Centre Georges Pompidou (1987), the Museum Moderner Kunst Stifung Ludwig, Vienna (1996-1997), the Hayward Gallery, London (1999-2000), the Solomon Guggenheim Museum, New York (2006) and the Galleria Nazionale d'Arte Moderna, Rome (2008).

The show will be accompanied by a catalogue with a text by Robert Storr.