With reproductions of photographs, paintings and sculptures, Levine calls into question central concepts of art such as originality, significance and autonomy of artistic works. 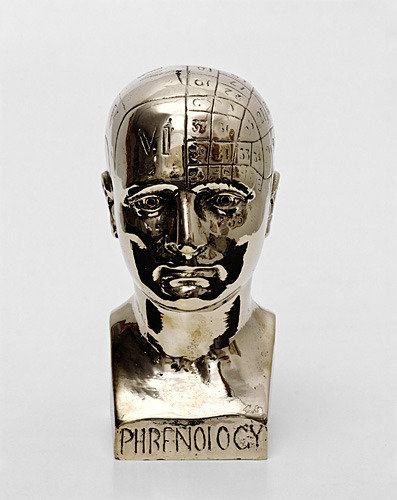 Sherrie Levine, who has just presented a major exhibition in New York’s Whitney Museum this winter, has – as a member of the Pictures Generation (with artists such as Cindy Sherman and Richard Prince) – generated much attention and controversy since the early 1980s with her works on modern art. Using an approach that she terms “appropriation”, Sherrie Levine copied the works of artists such as Walker Evans, Karl Blossfeldt, Man Ray, El Lissitzky and Paul Cézanne, making them her own in the process. With reproductions of photographs, paintings and sculptures, Sherrie Levine calls into question central concepts of art such as originality, significance and autonomy of artistic works. At the same time, the artist confirms the aura of the appropriated works in the differences between her versions and the originals – particularly in the case of photographs.

Sherrie Levine’s new series “After August Sander” is to be shown at Jablonka Pasquer Projects. The series consists of 18 prints of portrait photographs from August Sander’s landmark portrait of society Menschen des 20. Jahrhunderts (People of the 20th Century). With this pioneering example of conceptual photography, August Sander (1876-1964) created a typology of people in the Weimar Republic. Sanders’ work is characterised by the photographer’s ability to capture the individuality of the protagonist while simultaneously presenting him or her as a typical representative of a specific social class and occupation. August Sander’s influence remains strong to this day – without him, it is difficult to imagine such diverse photographers as Irving Penn or Bernd and Hilla Becher of the “Becher School”.

The 18 photographs – half depicting men and half women – were selected by Sherrie Levine from a group of 36 photographs by August Sander, of which his son, Gunther Sander, made prints in the 1970s and 80s. The group of 36 works was put together by Gerd Sander, August Sander’s grandson. These photographs are to be exhibited in the Jablonka Gallery. In the selection of 36 of his grandfather’s photographs, Gerd Sander brought to the fore similarities and opposites of form and content in August Sander’s work. These correlations were ignored by Sherrie Levine in her group of 18 works “After August Sander”, which are based on the aforementioned series. In addition, her works are slightly blurred and vary somewhat in tonality.

In his essay “After August Sander”, Kay Heymer describes Sherrie Levine’s work as follows: “With her Sander pictures, Sherrie Levine underlines the great significance of this artist by means of a traditional homage. At the same time, however, her pictures are appropriations of existing pictures whose creator has no role to play. They have become her pictures – just as they become those of the beholders, or of the collectors who can purchase them as commodities. Sherrie Levine’s art is one of heightened attention which – by means of the finely graduated differentiation that is her unmistakable trademark – examines, confirms or rejects the different stages of reality and authenticity in pictures. Those who venture into her world will discover a wealth of humour and sensuality there.”

In addition to the “After August Sander” series, Jablonka Pasquer Projects will be showing Sherrie Levine’s bronze bust “Phrenology Cranium” (2006). The bust, which was created based on a found template, shows a model used in the study of phrenology, a pseudoscience developed at the beginning of the 19th century that attempted to allocate mental attributes to specific topological areas of the brain.

In addition to landscape shots by August Sander, Galerie Priska Pasquer will be exhibiting two small-format sculpture groups and one painting. The two groups, each consisting of three bronze figures, were described by Sherrie Levine as “posses”. With “The Three Muses” (2006) and “The Three Furies” (2006), which depict little pigs and little monsters respectively, the focal point is not “original versus copy”, but the relationship between the figures.

These are joined by a large-scale painting from Levine’s “Knot Paintings” series, in which Levine uses pieces of plywood in which 40 missing knots are replaced by wooden discs which she has painted monochrome. The references to the original works are less distinct here, but, as in all of Levine’s works, the focus here is also on “sources, precedents, influences, inspirations and copies” (Adam D. Weinberg).

August Sander was born in the German town of Herdorf in 1876. Between 1904 and 1910, he worked as a photographer in Linz, Austria. After this, he moved to Cologne and opened a photo studio. He focused mainly on portrait photography, later also on architectural and landscape photography. In 1929, the book Antlitz der Zeit (Face of Our Time) was published, featuring a selection from Menschen des 20. Jahrhunderts (People of the 20th Century). During the Second World War, he moved to Kuchenhausen, in the Westerwald district of Germany. His Cologne studio was destroyed during an air raid in 1944. August Sander died in Cologne in 1964. His works have been showcased in many group and individual exhibitions, the latter including the following. Kölnischer Kunstverein, Cologne (1927), Photokina, Cologne (1951), Museum of Modern Art, New York (1969), The Art Institute of Chicago (1976), Kunstgewerbemuseum Zürich (1977), Philadelphia Museum of Art (1980), Pushkin Museum, Moskau (1994), Die Photographische Sammlung, Köln (2001), National Museum of Modern Art, Tokyo (2005), The J. Paul Getty Museum (2008), Fondation Henri Cartier-Bresson, Paris (2009), Tate Modern, London (2010), National Galleries Scotland, Edinburgh (2011).