Katharina Cibulka concentrates on works related to the position of women and women artists in society. Photographs, films, performances and texts approach the issues of women/artists at the beginning of the twenty-first century. 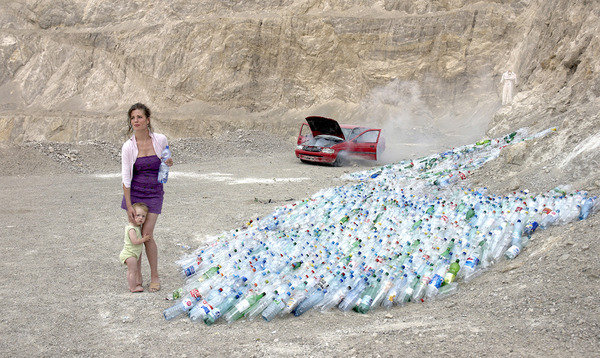 Since 2010 one of the eight annual exhibitions which the FOTOGALERIE WIEN puts on is a solo show dedicated to a young, up-coming artist. The SOLO series serves as a platform and springboard for artists at the beginning of their career who already have an extensive amount of work available to present to a wider public. The aim is to achieve a lasting presence for the artists selected by making contacts with cooperation partners and facilitating touring shows. We are happy to announce that for SOLO III we have been able to bring Katharina Cibulka on board, a multi-media artist who lives in Innsbruck. An edition of the Fotogalerie Wien’s BILDER will be produced for the exhibition with a text by art critic Manisha Jothady.

For her SOLO exhibition in the FOTOGALERIE WIEN Katharina Cibulka has decided to concentrate on works related to the position of women and women artists in society. Numerous works ­– photographs, films, performances and texts ­– approach the issues of women/artists at the beginning of the twenty-first century who are engaged in an intense effort to achieve a balance between social expectations and demands and their own conception of happiness using poetics and irony, but also taking a position of critical distance.

The process also involves the quest for her own identity in the multiple roles of woman, artist and mother. Am In Contemporary? she asks in one work, if these days I still express my wish for equality. Stressed Out is a powerful video that illustrates that from birth to death life – particularly for women – is accompanied by fluctuations in identity and recurring fears about living up to expectations – those of society and, more particularly, one’s own.

In her engagement with the complex issues involved, Katharina Cibulka not only examines the notions of happiness, mental states, dreams and the survival strategies of contemporary women (and artists in particular) such as in the videos fireflies & GETTING MY NAME UP THERE or the poetic photo works Kralya Petra Prvog 10 A, in which a woman self-confidently “occupies” a space in Belgrade by planting flowers in a pothole in the street, she also reinterprets historical myths and stories about women’s fates as in the two photo works ÜBERLEBENDE (SURVIVORS) # 1+2 where she highlights the woman as a strong personality in the midst of tragic events.

For the opening there will be a performance (peek a corner) with the artist together with Verena Brückner, Almut Mölk, Margarete Straka und Tina Themel – five women from very different areas who talk about what affects them.

Petra Noll for the collective