The jury of the Wolfgang Hahn Prize Cologne 2012 has chosen Henrik Olesen from the over 50 nominations submitted by the members. Moderne Kunst has acquired the multi-piece installation 'Mr. Knife and Mrs. Fork' (2009): a wide-ranging complex of works which set up various interrelations with one another and focus in subtle and intricate ways on the daddy-mummy-self system. 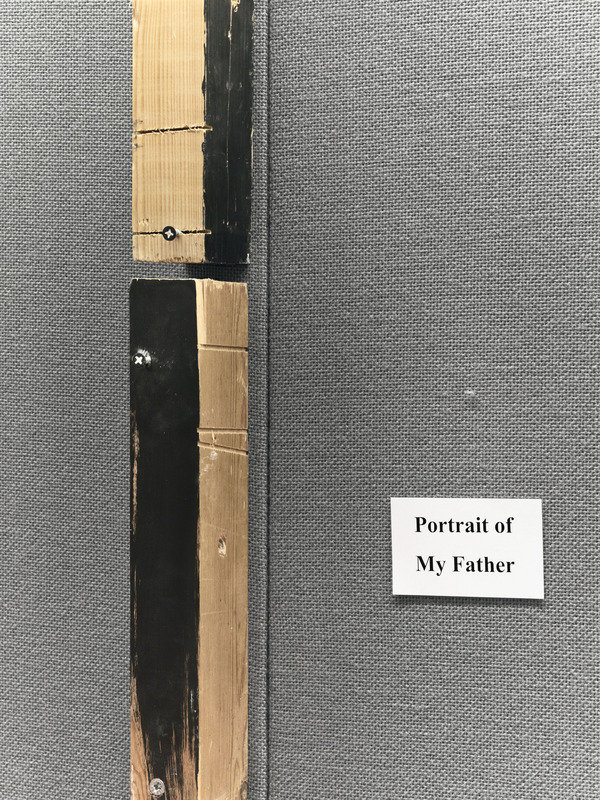 “The jury has deliberately decided on an artist who since the 1990s has consistently focused his attention on issues of identity, the social construction of norms, and the materiality and symbolism of objects. To this end Henrik Olesen has produced a wide-ranging body of work”, said Enno Scholma, president of the Gesellschaft für Moderne Kunst.

Thanks to the annual donations made by its members, the Gesellschaft für Moderne Kunst has been able to purchase the multi-piece installation Mr. Knife and Mrs. Fork from 2009.

The catalogue and the evening for the prize-giving ceremony are sponsored for the second year in a row by Bank Julius Bär Europe AG, Düsseldorf branch. In this way the bank house, which has its own extensive art collection, has committed itself in exemplary fashion to the presentation of contemporary art in public institutions.

Date of the Award Ceremony
The ceremony will be held in Museum Ludwig on Monday, 16 April 2012, 7 p.m, the evening before the opening of Art Cologne. It will be accompanied by the opening of the exhibition of the works acquired from Henrik Olesen and the launch of the catalogue.

The Choice of Henrik Olesen
The jury – consisting of guest jurors Chus Martínez, departmental head and member of the core agent group dOCUMENTA (13), Kasper König, director of Museum Ludwig, as well as committee members Enno Scholma (president), Gabriele Bierbaum, Sabine DuMont Schütte and Robert Müller-Grünow – has chosen Henrik Olesen in accordance with the statutes of the Wolfgang Hahn Prize Cologne from the over 50 nominations submitted by the members.
Chus Martínez gave the reasons for their choice: “It is not Henrik Olesen’s goal as such to produce a work with a clear-cut content. He develops rather an individual syntax and form of presentation by breaking up set structures that are dictated by family and cultural membership. With the award of the prize to Henrik Olesen, the jury is honouring a form of visual culture whose approach to the production and use of images – as well as to the subject of gender and questions about the cultural context – links it in a novel way with the collection at Museum Ludwig”

The Acquisition
The installation Mr. Knife and Mrs. Fork from 2009 is a wide-ranging complex of works which set up various interrelations with one another and focus in subtle and intricate ways on the daddy-mummy-self system. Henrik Olesen performs at times quite minimal interventions in the space (see “Mr. Knife & Mrs. Fork – Entrance”) using installative means and materials taken from everyday life and hardware stores. As for instance the two wooden laths that he has turned into the portraits of the “mother” and “father”, and a third black-painted lath representing the “angle” – the child.
These three sculptures-cum-portraits are further juxtaposed with a long branch that has grown naturally but been stripped of its twigs and leaves. The difference between manufactured and natural materials is hard to overlook here, because the branch presents itself quite pointedly as the result of its own “self-production”.
Likewise the 30-part collage “Papa-Mama-Ich” tackles questions of reproduction, self-creation and identity. Olesen has taken pages from the British newspaper The Daily Mail and blanked out photos, marked or deleted text passages, and overprinted them with snatches of texts by Antonin Artaud, Allen Ginsberg, Herman Melville, Michel Foucault and others in various fonts. “I hate to seem inquisitive but could you kindly tell me who I am” has for instance been printed in letters taken from a baroque “body alphabet” on a page from the financial section of the Daily Mail.

Sponsorship of the Award Ceremony by Bank Julius Bär
“In 2012 our sponsorship of the award ceremony and the catalogue for the Wolfgang Hahn Prize enters its second year. I myself am a long-standing member of the Gesellschaft für Moderne Kunst and am very excited that the prize in 2012 is to be awarded to Henrik Olesen, who presents a challenge to us the viewers both visually and in terms of content. As a private bank, the thrust of our collection is also directed to contemporary artists”, says Hanspeter Sauter, director of the Düsseldorf branch. The Bank Bär has been closely connected with contemporary art since the 1930s through the history of its own collection. The main focus of its collecting activities is on contemporary Swiss art.

Henrik Olesen’s Résumé
Henrik Olesen was born in 1967 in Esbjerg, Denmark, and studied 1989 – 1996 at the Kongelige Danske Kunstakademie in Copenhagen and 1995 – 1997 at the Städelschule in Frankfurt. He currently lives in Berlin.
Over the last few years Henrik Olesen has been shown in numerous exhibition, not least at the Secession in Vienna (2004), the Migros Museum für Gegenwartskunst in Zurich (2007), the Kunsthalle in Malmö (2010) and at Basel’s Museum für Gegenwartskunst (2011), as well as at the MOMA project space Projects 94 in New York (2011). In 2010 Olesen took part in the 6th Berlin Biennale. His first solo exhibition in Cologne was at Galerie Daniel Buchholz in 2002, and in 2006 he was represented at Museum Ludwig in the exhibition ‘The Eighth Square. Gender, Life and Desire’.

The Wolfgang Hahn Prize Cologne
With the Wolfgang Hahn Prize Cologne, the Gesellschaft für Moderne Kunst honours the creative output of contemporary artists and buys works from them for Museum Ludwig. This purchase prize is dedicated to the memory of Wolfgang Hahn (1924 – 1987), chief conservator and painting restorer at Wallraf Richartz Museum / Museum Ludwig and one of Cologne’s most far-sighted collectors.
The main stipulations for the award of the prize are that the artist’s work has undergone rigorous ongoing development and has met with international acclaim in professional circles, and that his or her oeuvre is not yet adequately represented at Museum Ludwig but is important for the advancement of the collection. The budget for the prize amounts to a maximum of 100,000 euros per annum.

The Wolfgang Hahn Prize will be awarded in 2012 for the 18th time in succession.