New Waves. The artist brings together some new projects in an installative staging, including video work, as well as printmaking, partly based on techniques developed by herself specifically for the gallery space. 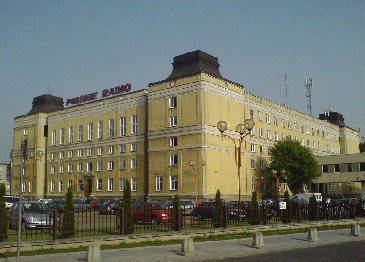 Jennifer Bornstein's work reveals an experimental, affectionate interest in diverse and alternating artistic techniques, which she risks to explore, exploit, and utilize for her projects. Her work recalls the joy of being willingly gullible, combining a conceptual approach with representational works produced in extensive manual processes. In her solo-exhibition "New Waves" at the daadgalerie she brings together various new projects in an installative staging, including video work, as well as printmaking, partly based on techniques developed by the artist herself specifically for the gallery space.

Well-known are Bornstein's early conceptual performance-based videos, 16 mm films, and photographs. For example the video "Collectors' Favorites" (1994), in which the artist appeared on a local TV show as a passionate collector of disposable fast-food containers, or the photographic series "Public Libraries and Basketball Courts" (1996-98) in which she posed with complete strangers, for example young pre-adolescent boys from her neighborhood, accommodating to their facial expressions, gestures, and posture.

Over the past few years, Bornstein began to dedicate herself to other forms of image production—besides the photographs, videos, and 16mm films—namely, various manual printing techniques. But her interest in the tactility of old technology dates back further: she used noisy film projectors in an era when the video projectors were quietly tucked away and hidden from view. In the era of digital wonders, she created special effects by the inventive use of household objects. Through the use of manual printing techniques even her sketches are made to be tactile. Instead of using pencil on paper, she prefers etchings, a technique which blossomed 500 years ago. A quiet sense of humor is just underneath the surface of Bornstein's etchings and copper engravings that playback momentary scenes in direct opposition to the time and effort she puts into producing them. The etchings often serve as sketches for film projects and are then presented together with the films. For this purpose she often uses exhibition displays that put the relationship between the viewer and the work in the center of reflection. While the display becomes part of the work, the individual pieces become stage props in the works' theatrical staging.

Also in the daadgalerie, Bornstein creates a display environment that places her new work in relation to the viewer and the gallery space. The works assembled in "New Waves" are concerned with the popular and commercial everyday language and with images of everyday surroundings—very much in the sense of Pop art—as well as the artist's passion for collecting that finds expression in a linguistic categorization and, at times, even a fetishization of everyday events: A series of silk-screen prints depicts the artists word-collections, strictly ordered by columns and categories. A site-specific installation involves a large print taken of the gallery floor. A video piece consisting of a radio play Bornstein wrote and performed in Yiddish for a Polish radio broadcaster gave the title to the exhibition. The now endangered, former everyday language is used here to affectionately describe snapshots of the everyday, found or taken by the artist. Bornstein is keenly interested in subtle methods of toying with our perception—in the sense of those perceptions involving preconceived notions—fascinated by the fact that 80% of what we perceive with our eyes is based on what we have already saved in our memories.

Jennifer Bornstein (born in 1970 in Seattle, Washington) lives and works in Berlin. Bornstein has participated in numerous group exhibitions at international institutions such as the Contemporary Art Museum, St. Louis, (2012), SF MOMA (2011), the Hammer Museum (2011), the CCA Wattis, San Francisco (2008), and she participated in the 2nd Moscow Biennale (2007). She has had solo shows at the Stedelijk Museum, Amsterdam (2011) and at the Museum of Contemporary Art, Los Angeles (2005). Bornstein participated in the Whitney Independent Study Program and, since 2003, has taught as a visiting professor at Yale University, among other universities. In 2010/11, Jennifer Bornstein was a guest of the Berliner Künstlerprogramm.