The Glory Hole. The gallery will be split in two by a wall made specifically for the exhibition, interrupted at its centre by an empty circle of 8 cm. On one side, Moudov presents a minimalist show of only a few pieces; on the other, the viewer will find a space occupied by many works of all different techniques. 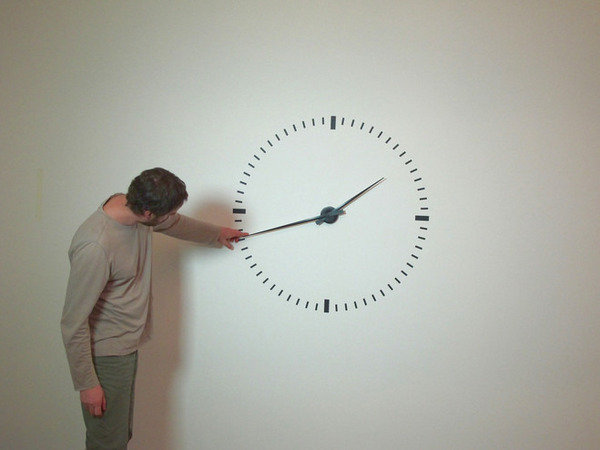 Ivan Moudov is an unclassifiable artist, known for his artistic actions that confront —often with a sense of humour— all forms of authority. Born in Sofia in 1975, he is one of the most influential artists of the new Bulgarian art scene. His work contains a strong sense of the absurd, with an ability to use space and challenge, quasi-permanently, the values that govern his social, political and artistic environments.

For his second exhibition at Alberta Pane Gallery, Ivan Moudov presents a project in two parts, The Glory Hole—a title inspired by a device born in the 1970s in porno culture. The gallery will be split in two by a wall made specifically for the exhibition, interrupted at its centre by an empty circle of 8 cm. On one side, Moudov presents a minimalist show of only a few pieces; on the other, the viewer will find a space occupied by many works of all different techniques—video, photography, object and installation—this side functioning as a sort of mini-retrospective to his work made between 2003 and 2012. The wall, a central piece to the exhibition, finds itself at the border between two radically different concepts of the exhibition. When standing in the center of the gallery at the circle, the viewer is able to see the exhibition, playing the part of the voyeur who sees without being seen.

In 2010, Moudov and Nemanja Cvijanovic worked together to present NON an exhibition at Alberta Pane Gallery where Moudov changed the door handle to the entrance of the gallery in order to lock its visitors inside. Moudov continues to use space creatively in his new work Fresh Window, which again demands the active participation of the gallery staff.

Combining the two notions of “less is more” and “more is more,” Ivan Moudov gives us his reflection through the function of the art piece in the exhibition, as well as through the visitor point of view, actor in a stage created by the artist himself. Taking the different roles of artist, curator and collector, Ivan Moudov attempts to expose the conventions that govern the contemporary art world and its market, and through this artistic exploration, disrupt its.

After graduating from the National Academy of fine arts in Sofia in 2002, Ivan Moudov participated in Manifesto 4 in Frankfurt, and has since been exhibited widely in Europe and throughout the rest of the world. In 2005, he participated in the first Moscow Biennial and two years later in 2007 he represented Bulgaria in the 52nd Biennial of Venice. In 2010, the artist was presented in the exhibition The Vigils, the Liars, the Dreamers at Plateau-Frac Île-de-France (curated by Guillaume Désanges), as well as being shown at the Second International Biennial in Antakya. In 2011, he presented a solo exhibition, %, at W130 in Amsterdam.