It is a multi-layered interactive event aiming to change the perception and co-existence of art in city space and two exhibitions in Awangarda Gallery BWA Wroclaw (Les Fleurs du Mal - New Art From London and Free Ride Art Space) as well as realizations and international activities within the framework of the project's experimental city space. 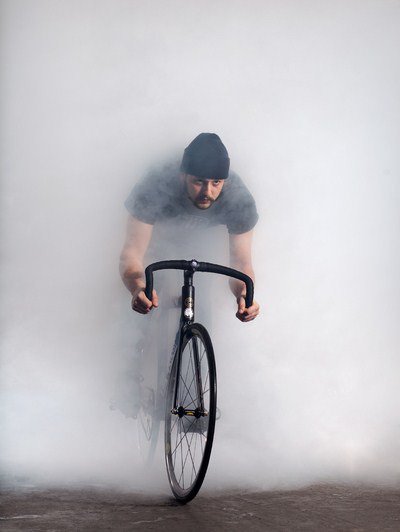 OUT OF STH vol. 3 is yet another stage of the internationally acclaimed, award-winning projects: “External Artists. Out of Sth” (2008) and “OUT OF STH Presents” (2010), carried out in BWA Wroclaw and city space. The former showed world urban art in the context of gallery approaches to contemporary art, the latter presented the most original examples of artists interfering in city space. This time the project includes exhibitions, realizations and activities concentrating on the issue of the City in its social and political dimension, City as a source of counter-cultural and alternative aspects of street activism, whose idea annexes new spheres of culture.

“OUT OF STH vol. 3” is a multi-layered interactive event aiming to change the perception and co-existence of art in city space, within the trends of contemporary visual art, through the presentation of a spectrum of aesthetics, techniques and media, as well as its permeation into mass design. It is a broad presentation of the work of artists tackling urban themes, a new definition and function of the city, common public space, urban design, complimented by music events, performances, meetings, workshops and lectures, during which the artists will be sharing their visions of the city and its unique aesthetics. This art has gone beyond the gallery space and has drawn the attention of much of the wider world, far beyond counter culture.

OUT OF STH vol. 3 is two exhibitions in Awangarda Gallery BWA Wroclaw (Les Fleurs du Mal – New Art From London and Free Ride Art Space) as well as realizations and international activities within the framework of the project’s experimental city space (Ex: City, Re: Design and Neighbours), involving the Wroclaw audience in artistic activities.

Charles Baudelaire’s classic collection of poems, Les Fleur du Mal, is widely regarded as masterpieces of the genre. The text showcases the thoughts of an isolated phantom who wanders the metropolitan landscape in search of some unobtainable respite from the conditions of modern life. This idea of the flâneur and the artist seeking salvation and beauty in an ever more morally corrupt world is central to the working methods and ideas of the group of artists in the exhibition. At once political and aesthetic, the works highlight a growing trend among artists working in the United Kingdom that mix historical reference points with an artistic practice that seamlessly merges with their everyday lives. The project will include photography, video, sculpture, installation and performance works, all of which represent the idea of the artist as a traveller though the urban landscape.
The exhibition, Les Fleurs du Mal, is accompanied by an offsite project and exhibition, within the exhibition; The Beer Mat Show, which features beer mats made by Gavin Turk, Bob and Roberta Smith, Ben Eine and Sarah Baker. The project was first presented in an old fashioned pub in Peckham in London. It will be re-presented in Wroclaw along with the addition of two Polish artists: Olaf Brzeski and Antoni Wajda.
Tate Shots Music, is a series of four short films by Liam Gillick, Pil and Galia Kollectiv, Ruth Ewan and Tai Shani, which explore the artist’s use of music in their practice. The project was originally commission by the Tate in London and will be shown in Wroclaw as a project within a project.

Cycling culture is one of the most vital activities of the urban streets, and the bicycle itself – a sign of the times, symbol of the contemporary era and an alternative use of the city. Exercise in the physical sense becomes activism, a new way of life resembling a social movement, pro-equality, pacifist even – “Bikes Not Bombs”! This contemporary-art exhibition presents works of over twenty artists from France, Germany, USA, Britain and Italy, all referring to the phenomenon of the cycling movement. By means of various media, they show a new vision of the city from the perspective of the bicycle, and – using the philosophy of the Danish urban design consultant Jan Gehl – remind us about the “city instinct” of a cyclist.

Exhibition prepared in collaboration with The Oxylane Art Foundation and the KRAFT Association.

The city–experimentally.
Cities as sources of counter-cultural and alternative aspects of street activism, as ideas annexing new spheres of culture. The city which in its social and political dimension requires redefining its significance in the light of the communication and information leap advances which has permanently changed the face of world economies and politics in the times of intensive urbanization.
Who does the city belong to today? Are blocks of flats only bad? What is the role of art in the process of gentrification? Does public space exist? Do we really need it? Or is it perhaps as anachronistic as mediaeval market squares around town halls?
The project is a form of urban facelift, both mental and visual. It is an experiment which contests the absurd status quo, at the same time reminding us that the city is Ours, yours and mine, and all the necessary tools are widely available.

Francis Thorburn's work, „Fiat 126 MK DRP1800 18202764”, will take place as a performance and procession, leaving from Tram Depot on Kwiska street on Tuesday afternoon. Concieved to coincide with Poland's „work day”. The piece involves the transformation of a classic FIAT 126p car into a man powered vercheal. The performance will involve twelve men pushing the sculture through Wroclaw city center ending at the Awangarda gallery. The work is in part inspired by what the artist decribes as „bohimian dres”.