The second exhibition of the cicle presents artworks from the Van Abbemuseum collection that were produced between the years 1968 and 1989. It looks at reality through documentary processes; detaching the role of language, text and information and offers a thoughtful and sophisticated analysis of art institutions as part of the social order. 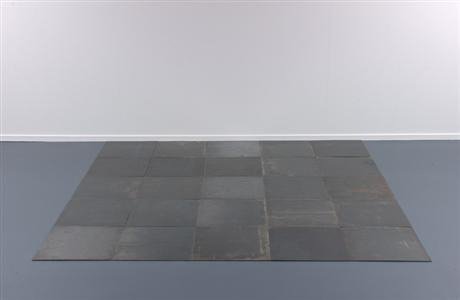 The second exhibition is not limited to the bracket of the historical years of the two profound ruptures of the 20th century; namely the mass movements in May, 1968 and the fall of the Berlin Wall in November, 1989. The exhibition takes the early 1960s as its starting point where many discursive, profound transformations in art practices began to take hold. It focuses upon the artists' withdrawal from studio careers both literally and figuratively in favor of expanded practices. It looks at reality through documentary processes; detaching the role of language, text and information from the humanist subject and offers a thoughtful and sophisticated analysis of art institutions as part of the social order, as well as issues of gender, environment, and post-colonialism. From mid-1960s onwards, the audience acquires a fundamental role in completing the work and turning perception into meaning. Such a critical structural shift of the viewer’s role is reflected in the renunciation of the self-contained artistic authority as an expression of the self.

In collaboration with the team at Van Abbemuseum, SALT juxtaposed a range of critical works by artists from West Europe, the United States and especially the Netherlands. Whilst the “West” was known and regarded as the exclusive canon up until two decades ago, the exhibition incorporates a number of works from Turkey that were peripheralized not only for not having been part of an orthodox narrative of local modernity, but ignored internationally.

This exhibition will be followed by İstanbul Eindhoven-SALTVanAbbe: Pre ’68 (September 14-December 31; SALT Galata). The first exhibition in the series İstanbul Eindhoven-SALTVanAbbe: Post ’89 took place at SALT Beyoğlu and SALT Galata between January 27 and April 6. The local positions presented in the series will be considered for acquisition by the Van Abbemuseum.

NLTR 400: 400 years of diplomatic relations between the Netherlands and Turkey

İstanbul Eindhoven-SALTVanAbbe is kindly supported by
the Consulate General of the Kingdom of the Netherlands.

Exhibition-related public programs are kindly supported by
The Mondriaan Fund.