X edition of the Biennale of contemporary african art. Besides the international exhibition featuring artists from several countries in Africa and from the Diaspora at the Museum Theodore Monod, the National Gallery shows 3 guest artists: Peter Clarke, Goddy Leye and Berni Searle. At the Maison de la Culture Douta Seck, the Valencian Institute of Modern Art invites to discover visual artists and architects. Finally, two show pays tribute to two great artists, Papa Ibra Tall and Joe Ouakam. Meetings and exchanges invite international speakers to discuss on the theme 'Contemporary creation and social dynamics'. The OFF provides numerous exhibitions in Dakar, Saint- Louis and throughout Senegal. 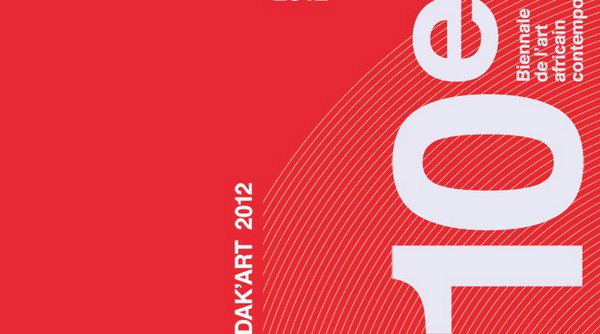 The tenth edition of the biennale is held in a particular context. Indeed, 2012 is an electoral year in Senegal as was 2000. This year also marks the twentieth birthday of the most former biennale of the African continent. DAK'ART is maintained as a key event in the international art calendar. The theme chosen for this edition is expected to examine through various angles the dialogue that contemporary artists maintain with a social environment which is in constant mutation. Throughout the world and especially in Africa, the moments of crises alternate with the periods of stability. Some countries come out of a period of financial crisis, while others, of a social dead end; the movement of the peoples has never been as determinant for the quest of new balances. In this quest, the culture is decisively one of the levers employed. The artists knew every time how to play a beautiful partition in the social mobilizations, the raising of the conscience of individuals and groups, whatever is their ranks or their social standings, to commit to individual or collective responsibilities.

Contemporary creation and social dynamics, is a field of investigation which academics, art critics and artists are invited to explore in the context of the meetings and exchanges of the edition 2012 of the Biennale.
Ousseynou Wade, general secretary of Dakar Biennale

Dak'Art 2012 will feature numerous events. Besides the international exhibition featuring artists from several countries in Africa and from the Diaspora at the Museum Theodore Monod, an exhibition at the National Gallery will show three guest artists: Peter Clarke, Goddy Leye and Berni Searle.

At the Maison de la Culture Douta Seck, the Valencian Institute of Modern Art (Spain) will invite us to discover an exhibition of visual artists and architects. Finally, two exhibitions will pay tribute to two great artists, Papa Ibra Tall and Joe Ouakam. Meetings and exchanges will invite international speakers to discuss on the theme "Contemporary creation and social dynamics". ... Not to mention the OFF that will provide numerous exhibitions in Dakar, Saint- Louis and throughout Senegal.

The selection committee composed of three members met in Dakar from the16th to the18th February In 2012.
Members of the selection committee had to consider three hundred and twenty nine applications submitted by artists from thirty-six African countries and twenty-one other countries. Fifty-one artists that submitted applications have previously participated in at least one edition of the Biennale.

Based on the expectations from the General Secretariat of the Biennale and following the meeting of the Orientation Committee, the selection had to focus on artists of the African continent and of the Diaspora submitting recent works.

Each proposal was the subject of an extensive consultation between members of international selection committee. Consideration were given to original approach, aesthetic and conceptual qualities, as well as the actuality of the discourse, regardless of the theme of the Dakar Biennale in 2012.

Forty-two artists from twenty-one African countries and one from Reunion Island are selected for the international exhibition.

The OFF offer many exhibitions in Dakar, St. Louis and throughout Senegal.
For this 2012 edition, a partnership OFF is organized in the city of St. Louis.
The commission for environmental events entitled Dak’Art OFF, for the 2012 edition consists of: Mauro Petroni, Joëlle le Bussy Fall , Khalifa Dieng.

Opening
friday 11 may h 10a.m - 9 p.m.
and
saturday 12 may h 10a.m. - 10.30 p.m.
- 5 official openings
- A cocktail to the railway station offered by the City of Dakar
- Opening f the Meetings and exchanges in a new venue, the railway station
- For VIP, a meeting with partners
- A visit day to the great OFF in Saint-Louis
- Guided tour of OFF exhibitions
- A fashion show, dance shows and concert
- Screenings of films on art