Yutaka Takanashi has always photographed the city - close up, far away, even very far away, from a moving car - sometimes on the lookout for an image charged with poetry, sometimes 'picking up' a scrap of reality. 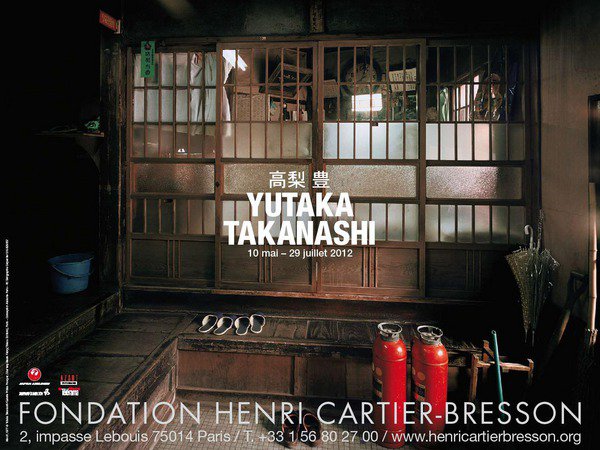 For me, my concern was to give meaning.

From May 10th to July 29th, Fondation HCB will be showing the emblematic series of Yutaka Takanashi, one of the great master of Japanese photography. Yutaka Takanashi has always photographed the city – close up, far away, even very far away, from a moving car – sometimes on the lookout for an image charged with poetry, sometimes ‘picking up’ a scrap of reality. As he has often repeated, these two approaches confront one another in his work: poetry/realism, mirror/window, visible/invisible. The important thing for him is to make his way over the terrain, to ‘walk on the ground’ in order to make ‘anonymous pictures’. Takanashi was a founding member of the well-known collective Provoke in 1968 – the group briefly published the photography magazine of the same name – but he did not yield to the somewhat romantic indulgence of the offbeat blurry image. The provocative aspect of this short-lived phenomenon hid a profound reaction to the photography establishment. In this sense, Provoke was in tune with the protest movements which inflamed the world in the late 1960s.

Toshi-e (Towards the city), his first major book in black and white, marked the end of Provoke, but also the photographer’s distanced stance, for he managed to assert his own style by not giving in to the siren songs of the moment, but rather, absorbing them. His two-level approach to the city, from a distance in the beginning, and then very close up, with human figures, was extremely original: at the time, Tokyo was in the throes of an industrial transformation which changed frame of reference and undermined certainties. Takanashi set out in search of the invisible, a different poetics in unlikely urban spaces. He rejected narrative, revolted against the tautological aspect of photography, which he found boring, but when he grew tired of this ‘hunt’ for the invisible, ultimately decided to abandon his Leica for a large-format camera and colour negatives.

Machi (Town), his second major book, is the very opposite of Toshi-e. ‘With Machi, I tried to get rid of being poetic’, explains the photographer, who was able to find a form of modernity in this calm, well-thought-out approach to the city from within (closer to the images of an Atget, for example) in the mid-1970s. The sense of detail, of life momentarily brought to a standstill, is also quite present in the series of Shinjuku bars at closing time. Time is now suspended, unlike the ‘moving’ roadside images from the 1960s. This group of pictures offers a different vision, a new photographic vocabulary proper to Takanashi, who readily speaks of the text of the images, of the connections between them. He has always taken great care with the making of his books, which remain the expression of a unique, singular voice committed to giving meaning. We are very proud to have been given the privilege of exhibiting this set of works for the first time in Paris. Such an undertaking would have been impossible without the determined efforts of the Galerie Priska Pasquer, which has promoted Japanese photography, and especially the work of Takanashi, for many years. We are also extremely grateful to Éditions Toluca for its participation in this project through the production of part of the exhibition and the publication of the catalogue. And our warm thanks go to Yutaka Takanashi for honouring us with the confidence which was essential for the realisation of this project. The catalogue of the exhibition, published by Toluca Editions, includes an introduction by Agnès Sire and an essay by Ferdinand Brüggemann. 192 pages, 38€ The exhibition is made possible through support from Japan Airlines and The Japan Foundation.