Jimmie Durham solo show looks exhaustively at his activities as an activist, essayist, poet, performance artist and sculptor and devotes plenty of attention to work from the sixties and documentary material, neither of which has ever been seen in Europe before. The five instalments of 'new art in antwerp 1958-1962' constitute a serial of coloured tales with debatable accents: 'N.3 creating totally new media' is Around the ground-breaking exhibition Vision in Motion / Motion in Vision 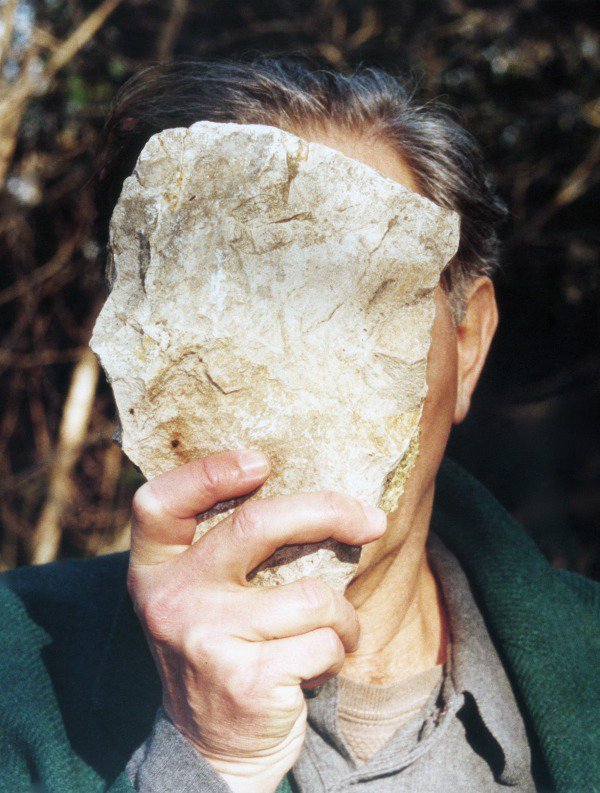 A Matter of Life and Death and Singing

In spring 2012 the M HKA will be presenting a major retrospective of the work of Jimmie Durham. This artist, born in US, settled permanently in Europe in 1994 after a turbulent period in which he alternated his artistic activities with a life as an activist for the American Native Indian movement. His work is both profound and accessible, political and personal, both ‘of the moment’ and outside of all current trends. He raises incisive questions about our existence and has had a substantial influence on several generations of artists, curators, theorists and art lovers all over the world. The M HKA is showing the most complete survey ever of his work. This exhibition looks exhaustively at his activities as an activist, essayist, poet, performance artist and sculptor and devotes plenty of attention to work from the sixties and documentary material, neither of which has ever been seen in Europe before. After the M HKA, the show will go on to several venues in Europe and then to Mexico.

Antwerp 1958. In the shadow of an ever growing and increasingly profitable world-class port, there lies a city that is both sleepy and threadbare, where art and culture are way down the municipal agenda. The meeting between Lode Craeybeckx, a mayor with a broader vision, and a group of young artists urgently determined to have their work seen, leads to the founding of G58 Hessenhuis. Paradox: the attic of the city’s oldest port building, with 1000 m² of surface area, becomes Europe’s largest exhibition space devoted to contemporary art. Until the curtain falls in 1962, this ‘forest of beams’ is active as a bustling point of intersection for a new network.

This series of exhibitions is sponsored by Delen Private Bank and is realized in collaboration with FoMu and Letterenhuis.

The five instalments of new art in antwerp 1958-1962 do not mean to offer a comprehensive survey of the subject. Rather, they evoke characteristic moments and fi gures from that brief but fulsome era. They constitute a serial of coloured tales with debatable accents. And, what is more: following the archeologists’ customary practice, parts of the ‘excavation site’ have been left untouched for the benefi t of those who eventually follow in their footsteps.

A young Belgian artist whose work, in terms of content and form, refers to what was then new art, will take integral part in each of the exhibition’s five instalments.

Image: Jimmie Durham, Self-Portrait Pretending to Be a Stone Statue of Myself. Courtesy of the artist and Christine König Galerie, Vienna. Photo Maria Thereza Alves