'Grapefruit' is a seminal collection of texts, so-called instruction pieces, and has been reprinted in many editions since 1964. For this exhibition she has written a new instruction, Search for the Fountain. The text has been sent to some 20 artists who have been invited to respond to the text in various ways. Curated by Cecilia Widenheim. 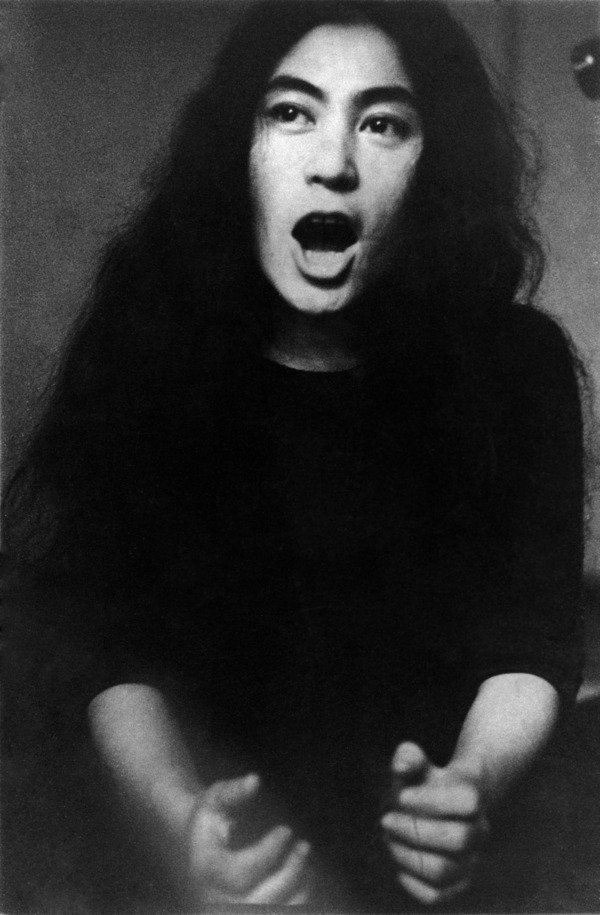 Yoko Ono is a pioneer of conceptualism and the international Fluxus movement, and has been sharing her message of peace and love with the world for nearly 60 years. The Moderna Museet exhibition highlights Yoko Ono’s book Grapefruit from 1964 and features selected instruction pieces that encourage new, imaginative ways of looking at life and creating art. For the exhibition Yoko Ono has made a new piece called Summer Dream and a new instruction piece, that some 20 artists have been invited to respond to. Moreover, Yoko Ono will realise two of her works together with the public on Djurgården in Stockholm during the full-moon night between 4 and 5 June.

Grapefruit is a seminal collection of texts, so-called instruction pieces, and has been reprinted in many editions since 1964.

"I named my first book of instructions with the name of the fruit I loved. Grapefruit is a hybrid of orange and lemon and to me, it represented East and West, the two cultures in my life which gave the instructions the power of the Universe. Have fun with it." Yoko Ono

In the 1950s, Yoko Ono had already begun experimenting in the borderland between music, performance, poetry and visual art. She used the concert and event formats as a place where the audience was encouraged to enact her ideas, or simply to think and develop them in their own minds. With a background in classical music composition and studies in philosophy, Yoko Ono began writing “scores” for art, that is, instructions that could be interpreted again and again by audiences and colleagues. In each new context, new expressions and nuances arise, depending on who is doing it and where. Yoko Ono’s practice is therefore a unique prelude to conceptualism, which emerged in the 1960s. In an era of radical change, artists were eschewing the notion that art was primarily physical objects to be produced and consumed. They challenged the traditional art concept and began working with ideas, sounds, actions and time as artistic materials. Language became a key element.

"Grapefruit is undoubtedly one of the world’s ten best artist’s books. It has everything – humour, poetry and breathtaking, inspiring ideas. With her experimental films and instruction pieces, Yoko Ono is a unique voice in 1960s avant-garde art. And as a woman and conceptual artist, she is a strong role model for a new generation of artists", says Cecilia Widenheim, curator of the exhibition.

One of Yoko Ono’s most famous instructions is Cut Piece from 1964, which the artist herself has performed on several occasions. The enacted situation consists of Yoko Ono sitting on a stage before an audience, with a pair of scissors in front of her, inviting the audience to cut pieces from her clothing. Filmed documentations of Cut Piece, from 1965 and 2003 and several of Yoko Ono’s legendary Fluxfilms will be shown in the exhibition at Moderna Museet. Yoko Ono’s films have a unique position in 1960s experimental film-making. Several of them are based on instructions published in Grapefruit – for instance, the film No. 1 (Match), which is based on the text Lighting Piece from autumn 1955: “Light a match and watch till it goes out.”

For the exhibition at Moderna Museet, Yoko Ono has written a new instruction, Search for the Fountain. The text has been sent to some 20 artists who have been invited to respond to the text in various ways. Search for the Fountain is a distinct example of how Yoko Ono intentionally lets the materialisation of her artistic ideas lie open to interpretation, but also how she assumes that viewers will handle and reinterpret the concept from their own perspectives. Participating artists are Julieta Aranda (Berlin), Ruth Buchanan (Berlin), VALIE EXPORT (Vienna), Lucie Fontaine (Milan), Simone Forti (Los Angeles), Hreinn Fridfinnsson (Amsterdam), Jean-Jacques Lebel (Paris), Maria Lindberg (Gothenburg), J O Mallander (Kisko), Pratchaya Phinthong (Bangkok), Emily Roysdon (Stockholm), Hinrich Sachs (Stockholm/Basel), Tris Vonna Michell (Stockholm), Judi Werthein (Miami) and students from Städelschule, Frankfurt.

Fullmoon night at Djurgården in Stockholm
Yoko Ono’s works Evening till Dawn (1964) and Secret Piece (1953) will take place on the night between 4 and 5 June on Djurgården in Stockholm. The event is arranged in conjunction with the exhibition Yoko Ono: Grapefruit. The event consists of two parts: Evening till Dawn, which starts at dusk (approx 9.30 pm) on 4 June; and the second part, Secret Piece, in which three musicians improvise in the grove to the first sounds of the dawn. Secret Piece can be enjoyed between around 3.00 am and 4.00 am on 5 June. The meeting place is Café Ektorpet at Waldemarsudde on Djurgården. RSVP by 1 June to: press@modernamuseet.se

The exhibition is supported by Vinge.