This exhibition brings together music and the visual arts by way of strange objects creatively fashioned by some of the great musicians from the 20th century to our own times. Acoustics, temporality, mobility or scale, are reinvigorated as subjects and materials. 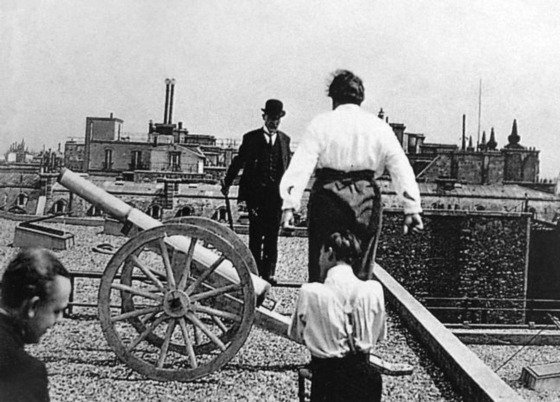 Organised in two parts, The New Trade puts in perspective a series of artistic works mainly focused on music, transposed to a museological reality, giving them an exhibitive dimension.

In the first section, which brings together a selection of works starting from late 19th century, The New Trade physically materialises and exhibits pieces that are part of a history which runs parallel to the one of the artistic production created for the art market and collectors. This retrospective section presents a variety of compositional vocabularies, unified by the singularity and purity of their vision and materialisation, albeit the diverse typologies of execution of the works: from performance and documentation, to works designed to exist as music installations, to devices that can be activated throughout the exhibition.

The artists in the second section of the exhibition, consisting of new contemporary works, are all primarily musicians. By way of their wide understanding not only of their original craft, but also of the possibilities of its extension, through the manifolds of its objectual, scenic and poetic materialisation, linked to the point of origin of their work, these artists use these visionary capabilities to create a different kind of artwork, one that envisions a place in the archetypal morphology of the current exhibition space. Acoustics, temporality, mobility or scale, are reinvigorated as subjects and materials. And, above all, the music-object, calibrated to the museological universe – its space and its participants –, takes on a new life.

From the viewpoint of the visitor, two possible routes are suggested. One, taking on a narrative sequence that threads through the great majority of the works presented, will function on a circular timed schedule. For the pieces that are only activated in performance there will be a handout programme available.

The other route offers the visitor a freer itinerary, with the option for a solitary experience of the exhibition at their own pace. Audio devices with the sound for the various works in the exhibition, will be available to the public. In addition to having quality sound, visitors can take on personalised control over the duration and volume of the sound in their experience of each object.

The New Trade is the first temporary exhibition of the new programme of the Museu Coleção Berardo. This singular exhibition brings together music and the visual arts by way of strange objects creatively fashioned by some of the great musicians from the twentieth century to our own times. The museum thus provides a platform for a productive dialogue between music and art, as well as for the research and innovation that are intrinsically linked to the evolution of these arts.
I am delighted to welcome this pioneering project, conceived by the curator of the exhibition, Pedro Gomes, of Filho Único, and I applaud the commitment of all the musicians that joined this initiative and produced new works for it.

Image: Erik Satie with Francis Picabia, Jean Börlin and René Clair, during the shooting of Entr'acte, in 1924.