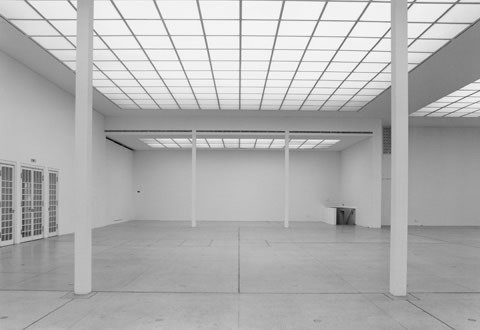 Mutatis Mutandis assembles a number of works exploring the complexity of contemporary events, materiality, history, and memories and proposing possible re-presentations. Discontinuous narratives, as well as formal and mental strategies re-editing information and images, are questioning the functioning of visible and invisible structures and networks. They also challenge—through the sometimes paradoxical use of modern and traditional medium—the complexities of contemporary subjectivities.

In 2012 the French curator Catherine David is invited to develop an exhibition project for all exhibition spaces at the Secession. From 1994 to 1997 Catherine David was arts director of Documenta X in Kassel, and from 2002 to 2004director of Witte de With Centre for Contemporary Art in Rotterdam. After studying linguistics and art history, she worked as a curator at the Centre Pompidou (1981–1990), before moving to the Jeu de Paume (1990–94), both in Paris. Since 1998 she has been head of the Représentations Arabes Contemporaines project, which takes the form of exhibitions, seminars and publications in various European cities. In 2005–06 Catherine David was guest researcher at the prestigious Wissenschaftskolleg in Berlin, where she continued her work on the Arab world. In 2007 she organised the interdisciplinary event "Di/Visions: Culture and Politics of the Middle East" at the House of World Cultures in Berlin and Bahman Jalali retrospective at Tapiès Fondation in Barcelona. In 2009 David was curator of ADACH (Abu Dhabi Authority for Culture and Heritage) pavilion at the Venice Biennal. Her last publication is Hassan Sharif. Works 1973-2011 (Hatje Cantz).

Guided Tours: Saturdays at 3pm and Sundays at 11am and by appointment.