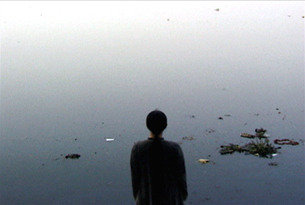 Miami — June 14, 2012 — Miami Art Museum, a modern and contemporary art museum located in downtown Miami, FL, will present an exhibition of videos by Korean artist Kimsooja from Friday, June 29 to Sunday, August 26, 2012. The exhibition’s title, Kimsooja: A Needle Woman, is borrowed from the centerpiece of the exhibition, a multi-channel video installation exploring globalization’s impact on cities throughout the world. Kimsooja: A Needle Woman will open with an artist talk and preview on Thursday, June 28, from 6-9pm. In conjunction with the exhibition, MAM will host related programs including: movement workshops for children (July 14) and adults (July 28) designed to bring about greater awareness of the relationship between oneself and one’s surroundings; and a film screening of LAGOS / KOOLHAAS (August 18), a documentary exploring the complex city of Lagos, one of the cities featured in Kimsooja’s A Needle Woman, through the observations of urban theorist Rem Koolhaas. For more information, please visit miamiartmuseum.org.

Kimsooja’s A Needle Woman (1999-2001) consists of eight synchronized videos projected at large scale, each depicting the bustling center of a major world city: Cairo, Delhi, Lagos, London, Mexico City, New York, Shanghai, and Tokyo. In each projection, a lone figure wearing neutral gray clothes stands utterly motionless with her back to the camera, immersed amid a torrent of pedestrians. With this simple gesture, the artist exemplifies the perennial struggle to preserve a place for the individual within society, while embodying the experience of being engulfed within a foreign culture. In the process, she provides a vivid sense of the effects of globalization at street level.

“The figure that appears in these images confronts head-on the fearsome power of the contemporary city; at the same time, through her stillness, she personifies the possibility of making peace with it,” said René Morales, MAM associate curator. “Issues of urbanism and the rhetoric that surrounds the ‘global city’ construct have particular resonance here in Miami. Kimsooja deals with these topics with nuance and poetry.”
This presentation also includes two closely related works by Kimsooja: In A Needle Woman – Kitakyushu, the artist lies prostrate atop a rocky peak as clouds swirl hypnotically above her; while in A Laundry Woman – Yamuna River, she stands at the banks of a sacred waterway in India, suspended amid an ethereal void created by the sky’s reflection on the river surface. Offering a direct counterpoint to the larger series, the pair creates a space of timeless serenity within the installation, a momentary respite from the frenetic energy of the 21 st-century cities that surround them.

About Miami Art Museum
Miami Art Museum, a modern and contemporary art museum located in downtown Miami, FL, is dedicated to collecting and exhibiting international art of the 20th and 21st centuries with an emphasis on the cultures of the Atlantic Rim—the Americas, Europe and Africa—from which the vast majority of Miami residents hail. Miami Art Museum’s educational programming currently reaches more than 30,000 people every year, with the largest art education program outside the Miami-Dade County Public Schools. Miami Art Museum will reopen as Pérez Art Museum Miami in fall of 2013 in downtown Miami’s Museum Park. The new, expanded museum, designed by Herzog & de Meuron, will provide room to showcase growing collections, expanded exhibition space to bring more world-class exhibitions to Miami-Dade County and an educational complex.

Saturday, July 14, 2012, 1-4pm, tour 2pm
Free and open to the public
Inspired by the videos of Kimsooja, create a still, miniature figure standing in front of an action- packed background. At 3pm, use your body to explore stillness and movement in this workshop facilitated by Priscilla Marrero and Carlota Pradera, professional dancers and choreographers, together with Gustavo Matamoros, sound artist. Details at 305.375.4073 or education@miamiartmuseum.org.
Tour and Workshop: Stillness & Movement

Saturday, July 28, 2012, 2-3:30pm
MAM members free, non-members $8 (general museum admission)
Following a curator-led tour of Kimsooja: A Needle Woman, explore exhibition themes through this interactive workshop. Participants will explore the multiple possibilities of bodily movement and stillness, both at the level of the individual and as a human collective. Priscilla Marrero and Carlota Pradera, professional dancers and choreographers, will facilitate together with Gustavo Matamoros, sound artist. Space is limited. RSVP is required to 305.375.4073 or education@miamiartmuseum.org.