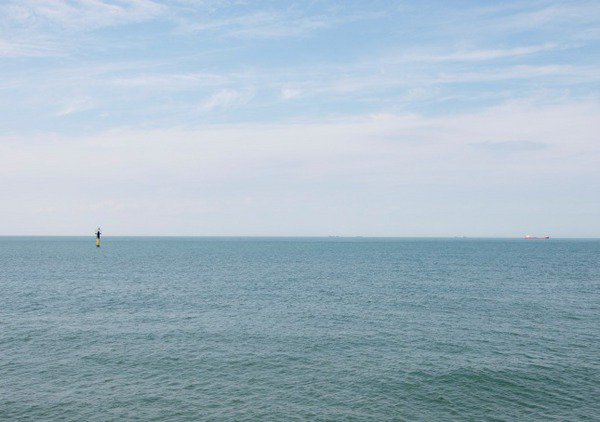 The Rendezvous - MargateThis summer, we have two major new site-specific commissions by internationally acclaimed artists Mark Wallinger and Lindsay Seers, which respond to Margate and use footage shot in the town.

Mark Wallinger’s Sinema Amnesia is a special viewing space overlooking the sea behind the gallery. It shows the film The Waste Land, an ever-changing, endless picture of unfolding time. A lens is fixed to the structure recording the view out to sea.

The recorded image is played back inside the space 24 hours later, like a delayed camera obscura. The film is inspired by T.S Eliot’s famous poem The Waste Land, partially written on Margate Sands and exploring the disconnected time of modernity. Wallinger’s time machine calls memory and perception into question.

Lindsay Seers’s film installation Entangled² captures a pair of female actresses dressed as men on the stages of Margate’s two great entertainment venues, the Theatre Royal and the Winter Gardens.

As in all of Seers’s work, Entangled² weaves several narratives together: the actresses’ doubled identities connect to Seers's fascination with her great-great uncle’s condition Heterochomia, where different coloured eyes result from one twin subsuming the other in the womb. Entangled² sweeps visitors into a saucy seaside past where the boundaries between people blur.

Commissioned and curated by Jacqui Davies, University for the Creative Arts (School of Fine Arts) and Turner Contemporary.

University for the Creative Arts is launching a new BA in Fine Art this academic year, for more info visit ucreative.ac.uk/ba-fine-art-canterbury.

Sinema Amnesia is a new version of a project first created in Çanakkale (Turkey) in 2010, as part of the 'My City' country-wide public art project spearheaded by the British Council.