Just how productive Ed Ruscha's engagement with the written word is can be seen from his artist books, all of which are on show in this exhibition, as also from the abstract oil and acrylic pictures of the Cityscapes series. "Art and the Critique of Ideology after 89": in its summer program this year the KUB Arena dedicates itself more clearly than ever to artistic research and knowledge production. 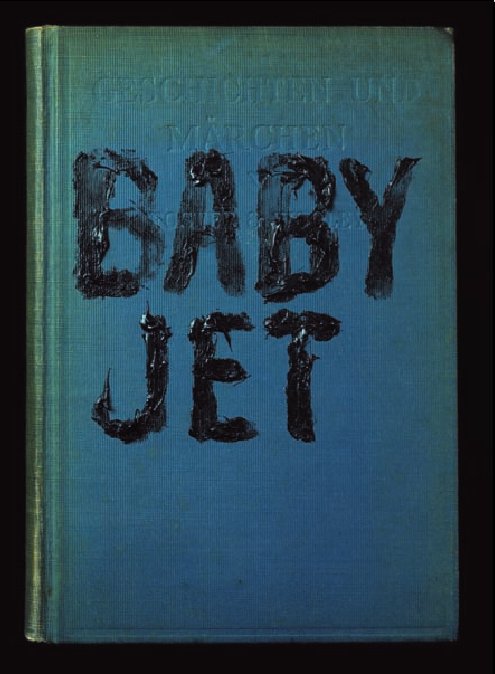 The work of Ed Ruscha (born 1937), one of the best-known artists of his generation, eludes established categories. Assigned to pop art at the start of his career and later on to conceptual art, today it is clear that one of the qualities of Ed Ruscha’s work is its never confining itself to one style or medium. Artist books, drawings, prints, photography, and painting are used in parallel, for instance, together with materials as unconventional as gunpowder, fruit juice, coffee, and syrup in producing his drawings and prints.

For all its variety of styles and techniques, however, Ed Ruscha’s work also displays certain constants. Among these is his use of writing, whether in print form or painted onto pictures on canvas. It is a red thread that runs through his oeuvre from its earliest beginnings to the present. During his art training in Los Angeles Ed Ruscha also worked as a sign painter and for advertising agencies, studying among other things layout methods and printing techniques, which were later useful for his own early publications. As far back as the early 1960s he produced his legendary artist books comprising photographs of gas stations taken en route from his home in Los Angeles to Oklahoma where his family lived (Twentysix Gasoline Stations, 1963), or of all the buildings on Sunset Strip (Every Building on the Sunset Strip, 1965).

With these works alone Ed Ruscha went down in art history and influenced later generations. His works are represented in the most important museums worldwide, and two years ago a major retrospective of his painting toured the museums of North America and Europe. While that retrospective was devoted exclusively to his painting, the Kunsthaus Bregenz will be presenting not one but an entire range of media including drawing, photogravure, book, film, and acrylic and oil painting. The focus will be on an obvious-enough area which, nevertheless, has never been fully examined to date, namely, the significance of the book and/or the act of "reading" in his work.

How special writing is for Ed Ruscha is clear from his famous pictures on canvas where single words or sentences placed on monochrome or polychrome backgrounds seem to magically hover in front of the picture surface. No less significant in this context is the ant lettering he developed for documenta 5 (1972) curated by Harald Szeemann, or the typeface he designed in the 1980s and named "Boy Scout Utility Modern," which he has referred to as a "style of lettering without style."

Just how productive Ed Ruscha’s engagement with the written word is can be seen from his artist books, all of which are on show in the Bregenz exhibition, as also from the abstract oil and acrylic pictures of the Cityscapes series. In these pictures he places rectangular blocks on what are generally monochrome backgrounds so that the blocks, on closer inspection and comparison with the titles of the pictures, are seen to mirror the lengths and spaces between individual words. Over a dozen such works in the exhibition document not only the atmospheric density that this combination of visual abstraction and the words supplied in thought can generate, but also a remarkable directness varying from despair and aggression to humor. It is significant that in this series, which he once referred to as "visual noise," as also in others, Ruscha now and then blithely breaks his own rules.

In a later comparable series of four-color photogravures, instead of a monochrome background Ed Ruscha used typical American landscape photos with titles such as Your A Dead Man that conjure up associations to Westerns.

Among other unusual works on show in the exhibition are Ruscha’s book objects with e.g. The End written on the cover in oil paint or single letters bleached into the linen binding, such as the O Books. The books become picture supports while retaining their status as objects, whereby the book’s content and its (new) cover step into dynamic relation with each other. The same holds for Oh No and Pep, two leather books whose fore-edges have been manually engraved and specially prepared for the Bregenz exhibition. There are also photographs by Ed Ruscha that are rarely exhibited. These photographs, at first glance, show precisely what their titles describe (e.g. Single Flat Book). On closer inspection, however, they are seen to poetically dramatize the relation of text and image, signifier and signified.

Some of the most impressive works in the show are pictures on canvas consisting of deceptively real-looking, minutely illusionistic front views of books whose covers boast words like Atlas, Bible, Index, or Standards and Norms. Ed Ruscha has specially continued this series for Bregenz by producing new works that combine the original books and their painted "copies" in frames. There are also new, large-format pictures, likewise produced exclusively for the exhibition, that are being presented to the public for the first time.

The exhibition Reading Ed Ruscha was specially conceived by the artist for the Kunsthaus Bregenz. It will be, surprisingly, his first institutional solo exhibition in Austria.

Summer Academy:
Art and the Critique of Ideology after 89

One of the KUB Arena’s particular qualities is its repeated use of formats that question and extend the scope of traditional exhibition presentations. In its summer program this year the KUB Arena dedicates itself more clearly than ever to artistic research and knowledge production. In collaboration with the renowned Institute for Art Theory and Cultural Studies of the Academy of Fine Arts Vienna as well as the author und theoretician Max Jorge Hinderer Cruz, the KUB Arena will question present-day "ideological constellations" and subject them to up-to-the-minute discussion. Following a one-week lecture seminar with students and a conference with international guests in Bregenz an extensive collection of essays will appear in the KUB Arena publications series to bring together the results of the gathering.

We are particularly interested in the development of critique inside and outside of the art field and in aesthetic theory in an increasingly globalized world after the end of the Cold War. A tendency toward political critique has been discernible in the world of art since the 1990s and over the past fifteen years has been increasingly articulated in the institutional context. It is a development found not only at conceptually curated biennales and contemporary art museums but increasingly in the world of art galleries and on the art market. One sees here that the "critique of social conditions" is not only tolerated but that it also satisfies a demand. In this spirit the KUB Arena project devotes itself to analyzing the self-conception of society underlying art production and the various interests at the heart of the post-1989 art world.

The epochal turning point of 1989/91 also marks the proclaimed "end of ideology"—after the so-called clash of ideologies came to an end, not only was the notion of a social reality based on complex ideas declared obsolete ("social market economy" and "socialism"), it was also claimed that "reality" is accessible in an unobstructed and unbiased way. Simultaneously, theoretical approaches, such as critical theory, which until this point saw their task in the critique of ideology and had attributed a special role therein to art, lost a great deal of their academic and discursive influence.

The project Art and the Critique of Ideology after 89 reconstructs the critique of ideology in its central texts since 1968 and examines its role both within and outside of the sphere of art after the "historic freeze" of 1989/91.

Precisely in respect of art the question arises as to what extent new formulations of ideology-critical positions were elaborated in the 1990s—e.g. through exhibitions such as the 3rd Havana Biennale 1989, documenta X 1997, Kassel, Global Conceptualism: Points of Origin 1999, New York and elsewhere, and documenta11 2002, Kassel—and how it was possible for these to become transformed, contrary to their intent, into a fetishized "art business as usual" object.

From September 24 to 28 students of the Academy of Fine Arts Vienna and other parts of Austria will meet in Bregenz for a lecture seminar culminating in a public conference with international artists and theoreticians from September 28 to 30.

Registration
Please register for the conference before September 15: vermittlung@kunsthaus-bregenz.at