The exhibition series focuses on works examining the collapse of ideological and political systems be this via specific events or through broader consideration of confrontation with capitalist, colonial, communist or totalitarian regimes and also forges connections between the work of major international artists such as Phil Collins and Sarah Morris with those of Australia-based Vernon Ah Kee, Zanny Begg, Tony Garifalakis and Sarah Goffman. 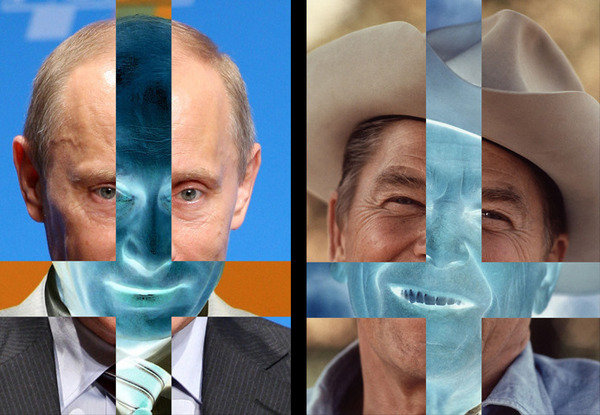 Artspace is pleased to announce the two-part exhibition series Everything Falls Apart featuring the work of major international and Australian artists.

Everything Falls Apart focuses on works examining the collapse of ideological and political systems — actual, imagined, desired — be this via specific events or through broader consideration of confrontation with capitalist, colonial, communist or totalitarian regimes. The works form around relationships between the individual and the mass, felt or articulated through interwoven conversation, testimony and narrative.

The exhibition series also forges connections between the work of major international artists such as Phil Collins and Sarah Morris with those of Australia-based Vernon Ah Kee, Zanny Begg, Tony Garifalakis and Sarah Goffman. The two parts of the project are linked by a number of film works by American filmmaker Jem Cohen, with Part I of Everything Falls Apart featuring Cohen’s Gravity Hill Newsreel series, and Part II presenting the film Little Flags (1991-2000). Everything Falls Apart will also feature three screenings of late-New Zealand filmmaker Merata Mita’s renowned study of the 1981 Springbok Tour, Patu!

Everything Falls Apart will be presented at Artspace, Sydney in the gallery’s twentieth year in the Gunnery building in Wolloomooloo. Artspace Executive Director and exhibition co-curator Blair French says, ‘This exhibition series continues Artspace’s rich history of bringing the most vital contemporary practices from around the world to Sydney, presenting it in dialogue with the work of Australian artists whose research and development processes we are dedicated to supporting.’

Phil Collins (born Runcorn, England; lives and works in Berlin and Glasgow) is one of Britain’s most innovative artists working predominantly with video to create darkly humorous works often challenging the disparity between the real and reality. Collins will present his highly acclaimed work marxism today (prologue) (2010) as well as his most recent accompanying work use! value! exchange! (2011), which both focus on the decline and residue of communism in Eastern Europe. Phil Collins’ work has been exhibited extensively internationally including: Singapore Biennale, 2011; Berlin Biennale, 2010; Manifesta 3, Moderna Gallery, Ljubljana, Slovenia, 2006; Istanbul Biennial, 2005; Sharjah Biennial, 2005; and in 2006 he was nominated for the Turner Prize.

Sarah Morris (born London; lives and works in New York and London) is a highly acclaimed artist whose filmic works offer a melancholic portrait of cities and more recently on specific events and personalities. Morris’ recent work 1972 (2008) focuses on the tragic events of the 1972 Olympic Games in Munich during which members of the Palestinian organisation Black September kidnapped and later killed members of the Israeli Olympic team. The video essay focuses on German security advisor Georg Sieber and his involvement with the security planning ahead of the games and their unravelling as Israeli security forces assumed control over the situation. Sarah Morris has exhibited in many important exhibitions including in the Tate Triennial, 2003; and the 25th São Paolo Biennial, 2002. Major group exhibitions include Kupferstichkabinett: Between Thought and Action, White Cube, London, 2010; Contemplating the Void, Guggenheim, New York, 2010; and What is Painting?, Museum Of Modern Art, New York, 2007.

Vernon Ah Kee (born Innisfail; lives and works in Brisbane) is widely regarded as one of Australia’s most provocative Aboriginal artists. His work departs significantly from the work of his elders to reconsider the conditions and issues confronting not only Australia’s indigenous population but the nation as a whole. Ah Kee will present his multi-channel installation Tall Man (2011) which chronicles the 2004 riot on Palm Island, off the north-eastern coast of Queensland following the death of an Aboriginal youth whilst in Police custody. Vernon Ah Kee has exhibited widely throughout Australia and internationally, including in the 53rd Venice Biennale, 2009. His painting I see deadly people, Lex Wotton was nominated for the 2012 Archibald Prize, and his series Fantasies of the Good ( 2004) is currently exhibited as a part of Volume One: The MCA Collection at the Museum of Contemporary Art Australia.