Contemporary References to Arnold Schoenberg in Image and Sound. Schoenberg's interdisciplinary use of so many different means of expression renders him a precursor to what Rosalind Krauss calls the 'age of the post-media condition'. The show presents a group of international contemporary artists working at the intersection between seeing and hearing; image and sound; and avant-garde and experimental practice. 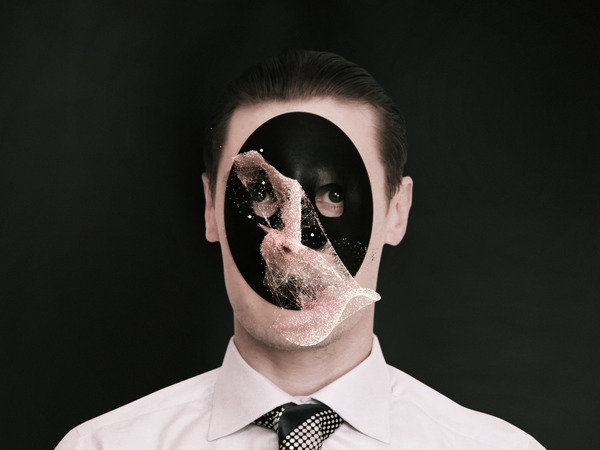 New York, August 2012 - A modern day appraisal of Austrian composer Arnold Schoenberg and his legacy forms the point of departure for the Austrian Cultural Forum’s upcoming fall 2012 exhibition, titled Against the Specialist. The show, which is being mounted in cooperation with the Arnold Schoenberg Center, Vienna, presents a group of international contemporary artists working at the intersection between seeing and hearing; image and sound; and avant-garde and experimental practice.

The title of the exhibition is a direct quote by Schoenberg, from an essay he wrote in 1940, in which he argued for the necessity of multidisciplinarianism in the arts. It also hearkens back to Schoenberg’s differentiation between true artistic genius and talented craftspeople: “Talent is the capacity to learn, genius the capacity to develop oneself.” Schoenberg saw the need to develop a command of and utilize many different disciplines as essential to the artistic process.

The juxtaposition of works by contemporary artists with excerpts and quotes from Arnold Schoenberg’s body of work exposes the complexity of this composer, visual artist, and vanguard who is today regarded as one of the most influential and visionary artists of the past century. Schoenberg’s interdisciplinary use of so many different means of expression renders him a precursor to what Rosalind Krauss calls the “age of the post-media condition.”

Against the Specialist seeks to reflect these multi-media and interdisciplinary currents prevalent in contemporary arts, and in doing so, allows for a reassessment of the artist himself. As Peter Weibel puts it, these “new forms and possibilities of art [enable] us to establish new approaches to the old media of art and above all have kept the latter alive by forcing them to undergo a process of radical transformation.”

To this end, some of the artists in this exhibition reference Schoenberg’s oeuvre directly, while others connect to Schoenberg on a metaphorical level: questions of music theory or structure are addressed, and visual expressions make deliberate use of systems such as metrics, chromatics, and rhythm. The show also focuses on reevaluating the ideas put forth by Schoenberg and his contemporaries. Concepts such as his “inner cry of distress” have obviously lost relevance, but what are the visions and ideas that fuel artists today? Can we still revolutionize art, or has everything been said, leaving room only for collage, remixes, or quotes?

Exhibition visitors are invited to interact with artist Gerald Moser’s thicket of symmetrically aligned strings, giving them movement which in turn alters the images projected onto the strings and disturbs the structure. A question of space alludes to Schoenberg’s twelve-tone technique which Moser sees as oscillating between rigid structure and artistic freedom. Viennese sound artist Konrad Becker provides the audio for this piece, with five tracks from his ground-breaking 1982 album, Monotonprodukt 07. Rainer Kohlberger’s multi-screen piece, Col, represents a visual approach to mathematical and algorithmical structures, in which abstract shapes move toward and away from each other only to meet at random intervals, guided by variation, metrics, and chromatics.

Schoenberg’s idea for a mechanical note-writing machine designed to facilitate the reproduction of musical scores was never realized, and today, that vision has been completely turned on its head: with the ubiquity of digital media, precious autographs have turned into free downloads. Claudia Märzendorfer’s ice-sculpture model of Schoenberg’s device is an homage that speaks to the technological limitations of that time, in that it has no functionality. Ohio-native Robert Howsare’s Drawing Apparatus, two turntables connected by a pen that creates drawings unique to the respective records’ speeds, represents another contemporary commentary on Arnold Schoenberg’s musical notation systems. As is the case with Moser’s installation, this piece also fluctuates between a structured system and artistic coincidence.

The photographs by New York-based artist John Brill capture emotions, visions, and surreal impressions, and as such reference Schoenberg’s paintings, his so-called “gazes”, which he saw as the most immediate means of emotional expression.

Against the Specialist is part of a series of programs the Austrian Cultural Forum has dedicated to Arnold Schoenberg throughout 2012, as it marks the 100-year anniversary of his seminal composition Pierrot Lunaire (1912). The exhibition also coincides with the ACFNY’s annual experimental music festival, Moving Sounds (acfny.org/MSOUNDS). On September 13, 2012, Schoenberg’s birthday, the director of the Arnold Schoenberg Center, Vienna, Christian Meyer, will give a lecture titled Schoenberg and the Notion of Avant-garde (ACFNY, 8PM. Free admission, rsvp req’d at acfny.org or (212) 319-5300 x 46.

EXHIBITION OPENING
The opening reception for Against the Specialist will take place on Wednesday, September 12, 2012, from 6PM to 8PM. It will be preceded by an artist talk featuring participating artists Robert Howsare, Rainer Kohlberger, Leonhard Lass, Gregor Ladenhauf (DEPART), Gerald Moser, and others (tba), and curator Eva Fischer. The talk will take place in the auditorium of the Austrian Cultural Forum from 5PM to 6PM. Admission is free. Due to limited seating, rsvp for the artist talk is required. Tickets are available by visiting acfny.org/event/exhibition-opening-2 or calling (212) 319-5300 x 46.

ABOUT THE AUSTRIAN CULTURAL FORUM NEW YORK
With its architectural landmark building in the heart of Midtown Manhattan, the Austrian Cultural Forum New York hosts more than 200 free events annually and showcases Austrian con-temporary art, music, literature, and academic thought. The Austrian Cultural Forum houses around 10,000 volumes in its state- of-the-art library, and enjoys long-standing and flourishing partnerships with many venerable cultural and academic institutions throughout New York and the United States. The year 2012 marks the ten-year anniversary of the building’s construction, and features many special programs and events commemorating this milestone.

ABOUT THE CURATOR
Eva Fischer is an Austrian art historian, curator, and audio-visual artist, and the founder and director of the Vienna-based international sound:frame Festival for Audiovisual Expressions , now in its seventh year. Against the Specialist marks a return for Fischer, who curated the Austrian Cultural Forum’s 2009 video exhibition sound:frame:remix .