I wish this was a song

Music in contemporary art. The large-scale exhibition of 83 works by 48 international artists - organised into seven thematic sections (Looking to the classics, Move it!, Performative sculpture, Sing along, Sounds of silence, Synesthesia and Live) - includes everything from paintings, drawings, sculpture and installations, to photography, video and pure sound. Works by Fikret Atay, Clegg & Guttmann, Phil Collins, Dan Graham, Olafur Olafsson and many more. 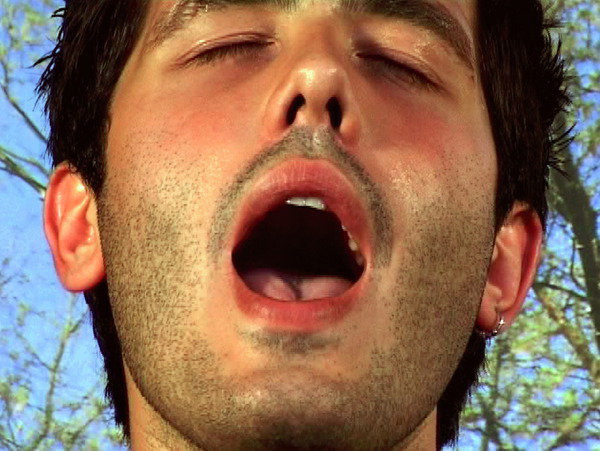 I WISH THIS WAS A SONG. MUSIC IN CONTEMPORARY ART is a large international group exhibition which opens at the Museum of Contemporary Art on 13 September. The exhibition fills the entire museum, and features 48 artists who work at the intersection between music and the visual arts.

In the last 10 to 20 years, no other art form has had a greater influence on contemporary art than music, and today, many artists are working at the intersection between music and the visual arts. What strategies characterise these works? What effects do they attempt to evoke? How do they relate to the extensive legacy of aural and visual experiments left to us by the avant-gardists of the 1900s? And not least – is it possible to see any clear trends and/or common interests within this broad and diverse field?

These were some of the questions that curators Stina Högkvist and Sabrina van der Ley wished to shed light on when they decided to create an exhibition about the place of music in contemporary art.

The result is a large-scale exhibition of 83 works that fills the entire Museum of Contemporary Art, and which includes everything from paintings, drawings, sculpture and installations, to photography, video and pure sound. The exhibition has a strong international focus with artists from the USA, Sweden, Germany, Austria, the United Kingdom, Peru, Turkey, the Faroe Islands, Portugal, Sudan, Iceland, Canada, Ecuador, Denmark, Finland, Poland, Switzerland and the Netherlands. The exhibition also features figures from the Norwegian art scene, such as Tori Wrånes, Tom Sandberg, Terje Nicolaisen, Stian Eide Kluge, Camille Norment, Fadlabi and KILLL.

The exhibition is organised into seven thematic sections: Looking to the classics, Move it!, Performative sculpture, Sing along, Sounds of silence, Synesthesia and Live. In both the exhibition and catalogue, links with recent history are made through historical reference works collected from the 1960s, 1970s and 1980s. Here, we find canonized works by Dan Graham, Adrian Piper, Bruce Nauman, Gilbert & George and Félix González-Torres. In addition, the exhibition presents two pioneers of electronic music from Finland and Norway respectively – current Documenta participant Erkki Kurenniemi, and Arild Boman – the man behind the music for the legendary children’s television programme Pompel & Pilt.

In addition to being visual artists, many of the exhibition participants are also musicians and composers, and several of them will be featured in the exhibition’s live programme. Some of the concerts and performances will be held in the Banksalen Room, where German artist Jan Köchermann has constructed a large stage based on a model of a bicycle underpass. Other parts of the live programme will take place in concert halls and clubs around Oslo. One of the largest projects, the Oslo Complaints Choir, is a newly-created complaints symphony composed by Georg Wadenius, where the libretto is based on complaints from Oslo’s inhabitants. The Finnish artist duo Tellervo Kalleinen & Oliver Kochta-Kalleinen is behind the concept. Other events include a concert with Diamanda Galas accompanied by KORK, a performance of Olaf Nicolai’s Escalier du Chant, a concert where Sølvguttene sing a work Apparatjik has created based on the movement patterns of the museum’s visitors, and the group KILLL’s farewell concert. In addition, there will be performances from Tori Wrånes, Camille Norment, Catti Brandelius and Fadlabi, and museum talks on subjects ranging from John Cage’s legacy to the pleasures and dangers of idolatry.