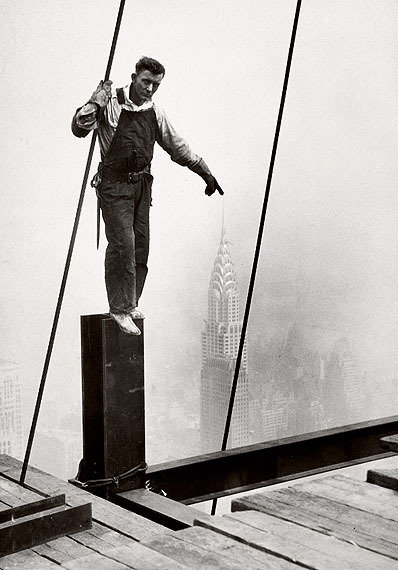 A detailed overview of the work of the famous American photographer (1874 - 1940) from the collection of the George Eastman House. Including his famous photographs of men at work and the immigrants on Ellis Island. Hine photographed especially social issues like child labor in America to which he fought against. He is known for his humane portraits of European immigrants arriving at Ellis Island in New York (often departed from the Wilhelmina Pier!) At the beginning of the last century he made his famous book about the construction of the Empire State Building, Men at Work (1932). (Image: Steelworker standing on beam, 1931, C George Eastman House). Opening saturday 15th september h 17.