Naked Eye Anthology. Her series, featuring the fanned-out pages of soft-cover books, has been evolving since 2008. It is consistent for its strong vertical stripes of brightly colored page edges layered to reveal isolated figures peeking through parted pages as if being spied upon by the viewer. 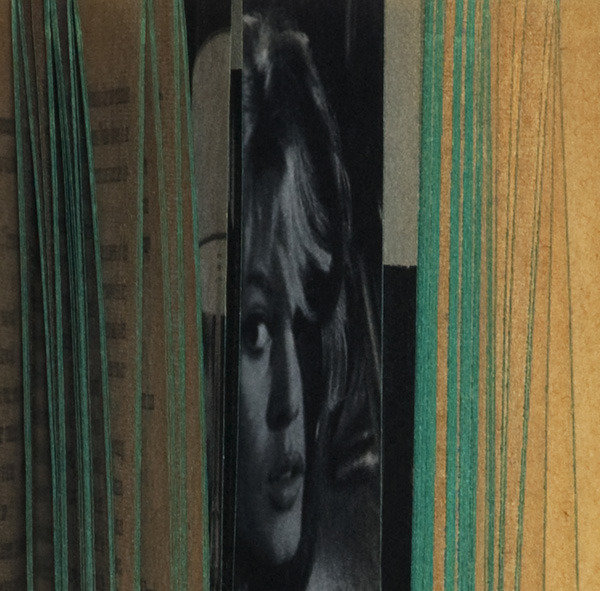 Bureau is proud to announce Erica Baum's second solo exhibition at the gallery debuting the newest work in her 'Naked Eye' series at Bureau's Lower East Side gallery at 127 Henry Street in New York.

The 'Naked Eye' series, featuring the fanned-out pages of soft-cover books, has been evolving since 2008. These pictures are so transformed by Baum's incisive eye and flattening lens that they are often mistaken for collages at first look. The series is consistent for its strong vertical stripes of brightly colored page edges layered to reveal isolated figures peeking through parted pages as if being spied upon by the viewer. Words recede into the deep 'V' of the pages, hinting at the form of the original source. The series became more purely abstract in her 'Volume Two' works, with fewer words and flatter, more magnified views. An almost cubist or purist abstractness with black and grey printed geometries vibrate with intermittent emblematic letters or icons amidst the punctuation of vertical lines.

The newest work for 'Naked Eye Anthology' shows a synthesis of her interest in narrative elements and an attention to abstraction and negative space. The focus on paper grain and saturated color is influenced by her work on the 'Blanks' which feature unmarked toothy folios folded over in a 'dog ear'. The seeping colored page edges of the 'Blanks' create an iconic and painterly bisected square in what are surely Baum's most abstract works to date. The characters in the new 'Naked Eye' tell a pulpy, alluring story, with a near soft-focus look. A cohesive narrative of desire is suggested through an almost film-noir lens, as if peering furtively through vertical blinds. We gaze through the obscured pages as a story literally unfolds from within the picture plane. With this new sub-series Baum is at her best: drawing new narratives in a melange chopped from dime store novels, movie adaptations, and celebrity biographies. Baum consistently delivers a far more rich and complex story for her reader/viewer. One that is greater than the sum of its parts.

Erica Baum (b. 1961 in New York City) lives and works in New York. She received a B.A. in anthropology from Barnard College and an M.F.A. in Photography from the Yale School of Art. She has exhibited in New York, Berlin, Lausanne, London, Athens, Malmö and many other places. A large survey of her work is currently on view at the 30th São Paulo Biennial and she has several works on view in The Feverish Library at Friedrich Petzel Gallery. The artist has upcoming solo shows later this year at Marc Jancou Gallery Geneva and in 2013 at Melas Papadopoulos in Athens and will be included in Postscript at the MCA Denver and Cocquilles Méchaniques at Frac Alsace, Altkirch.

With a reception for the artist Saturday September 15 from 6 - 8 p.m.