Art and War in the Media Age. Although it does not undifferentiatedly mix war and social violence, the exhibition Attack! picks up where war leaves its traditional milieu as defined by Clausewitz. Attack! shows how contemporary artists deal with war, its reflections in the media and its iconography. 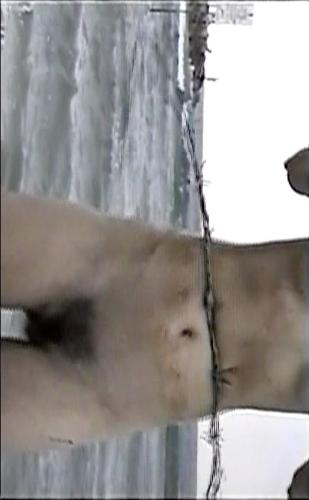 Art and War in the Media Age

Bombs on Baghdad: the reality side of the war that held the entire world in suspense. But there is also a virtual aspect: the information and disinformation policies pursued by both sides, the (military) control of images, and most of all the diplomatic confrontation beforehand, which was conducted as a global media battle.
Today wars and terrorist attacks are always image and media wars as well. The 'fourth front,' as Paul Virilio has named the sector where the events of war are transmitted in real time, is becoming more and more important. Ten years ago former Soviet Admiral Gorschkow claimed: 'Whoever understands best how to exploit the electromagnetic spectrum will win the next war.'

Although it does not undifferentiatedly mix war and social violence, the exhibition Attack! picks up where war leaves its traditional milieu as defined by Clausewitz. Attack! shows how contemporary artists deal with war, its reflections in the media and its iconography. In Attack! media includes Afghan carpets with motifs of tanks and firearms just as much as it includes Antonio Riello's decorated hand grenades and submachine guns or Uross Djuric's fictitious magazine covers, upon which war, porno and pop culture enter into an unholy symbiosis. Other artists like Korpys/Loffler, Dejan Andjelkovic, Peter Fend and Oliver Ressler investigate geopolitical scenarios where 'new wars' (Mary Kaldor) are often not conducted for the purpose of territorial expansion, but to obtain resources, entrepreneurial advantage and symbolic superiority.

History is made - in the media age more than ever before. Attack! attempts to understand war in terms of the contemporary conditions of communication and to depict it in its visual multiplicity: Artists process media images in order to analyze the traumatic consequences and destructive effects of war and to confront them with their own visuality. The prolonged Middle East conflict is symbolically interpreted by Sigalit Landau with a barbed wire hula-hoop. A selection of famous war reportages culled from international illustrated magazines published between the Spanish Civil War and Vietnam exemplifies the development and effect of war photography in its primary medium of distribution.

Attack! dares the tightrope walk between horror, fascination and trauma. 'War as such,' writes the military historian Martin van Creveld, 'finds itself in the best of health and stands ready to cross the threshold into a new era.'