'There are multiple types of humor: dark, off color, smart, subtle, and downright hilarious' The group exhibition 'Funny.' features works by John Bock, Maurizio Cattelan, Peter Fischli and David Weiss, Matthew Higgs, Sarah Lucas, Alix Pearlstein and many more. Lesley Vance's solo exhibition comprehends 17 paintings and watercolors drawn from major private collections. Creating arrangements of objects in her studio, Vance photographs these and then paints from the photographs, a mode of distancing herself and permitting her to reencounter the still life as 'a group of forms'. 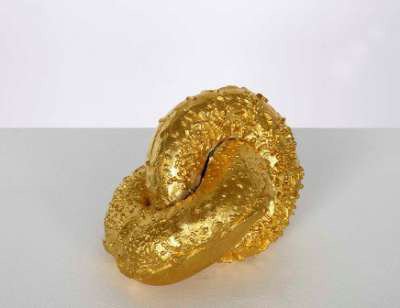 There are multiple types of humor: dark, off color, smart, subtle, and downright hilarious. I am particularly interested in the pause that occurs between the delivery of a joke and the smile that indicates someone “gets it.” Unlike contemporary art, where there is no single meaning to a particular work, with humor people usually either think something is funny or they don’t. As with art, however, there are subtleties regarding the degree to which someone wants to participate in or play along with a jest. So it is not surprising that humor in art has a wide variety of manifestations. Richard Prince uses Borscht Belt–jokes that continue to deliver head-shaking laughs after all of these years, even in serious art contexts. Matt Johnson and Sarah Lucas manipulate or reassociate everyday objects to elicit a knowing smile.

I greatly value the place of humor in art. When asked about what I look for in the artists and art I choose to exhibit, I often cite humor as a criterion. I am not looking for the roll-on-the-floor, laughing-my-head-off type of humor I seek from my friends or from entertainment, but rather an acknowledgment of the often absurd nature of life. Art that seems to know our everyday lives are tough; art that understands we seek solace as well as inspiration, insight, and yes, even amusement.

I think all of the works included in Funny. are. You may or may not find them so, and that is exactly the point. Art and humor are highly personal, highly individual. Yet we all recognize that the ability to hold an audience with an object or a joke—or both—is an ability imbued with immense power.

She curated more than forty early and important solo exhibitions of international contemporary artists such as Peter Doig, Tobias Rehberger, Shirin Neshat, Teresita Fernández, Julie Mehretu, Doug Aitken, Tacita Dean, Wolfgang Laib, Ernesto Neto, Simryn Gill, Sanford Biggers, and T.J. Wilcox. With more than 200 exhibitions presented over the last twenty-five years, the program has helped establish the careers of many internationally renowned artists. Before her work at the Berkeley Art Museum and Pacific Archive, Ms. Zuckerman Jacobson served as the Assistant Curator of 20th-Century Art at New York’s The Jewish Museum, where she was successful at integrating "of-the-moment" contemporary art into the museum's exhibition program. Ms. Zuckerman Jacobson holds a Bachelor of Arts Degree in European History from the University of Pennsylvania, a Diploma from the Royal Society of Art, Christie’s London, as well as a Master of Arts Degree in Art History from CUNY Hunter College.

The FLAG Art Foundation is pleased to present the first solo exhibition in New York of work by Los Angeles-based artist Lesley Vance (b. 1977). This exhibition travels from Bowdoin College Museum of Art, Maine, which is on view through July 1. Since her inclusion in the Whitney Museum of American Art’s 2010 Biennial Exhibition, Vance has enjoyed critical acclaim for pushing the limits of representation in her still life paintings and, more recently, her watercolors.

Consisting of 17 paintings and watercolors drawn from major private collections, LesleyVance examines the artist’s evolution over the last three years. Keenly invested in revisiting the history of painting, Vance looks back to the still lives of seventeenth-century Spanish painters, but also to the emergence of abstraction in the early twentieth century, and poses a counter- tradition, an abstraction premised on intimacy. As she has explained it, “There wasn’t much abstraction that felt warm and intimate.”

Creating arrangements of objects in her studio, Vance photographs these and then paints from the photographs, a mode of distancing herself and permitting her to reencounter the still life as “a group of forms.” In her paintings, she preserves the activity of light and shadow, but converts these into hardened pictorial elements in their own right, all of which coexist on a single compositional plane. As exhibition curator Diana Tuite notes, “Lesley produces images that assert themselves in so many experiential ways – materially, optically, spatially. At times these work in concert, reinforcing one another through equivalences between paint and form, for example, but at other times they tear apart and the space of the canvas and the space of the representation can each impede access to the other. This tension is what makes her paintings so entrancing.

About Lesley Vance
Born in 1977 in Milwaukee, Wisconsin, Vance received her BFA from the University of Wisconsin in 2000 and her MFA from the California Institute of the Arts in 2003. She has participated in many international group exhibitions and, in 2012 alone, will be included in exhibitions at The Center for Curatorial Studies at Bard College and The Huntington Art Collections. Lesley Vance is represented by the David Kordansky Gallery in Los Angeles.