Disturbing Innocence features over 50 historical and contemporary artists whose use of dolls, toys, mannequins, robots, and other surrogates forms a deep and powerfully expressive genre. 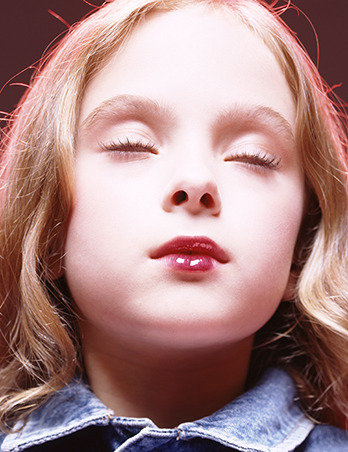 Disturbing Innocence features over 50 historical and contemporary artists whose use of dolls, toys, mannequins, robots, and other surrogates forms a deep and powerfully expressive genre. The exhibition poses profound questions surrounding social constructs of youth, beauty, transformation, violence, sexuality, gender, identity, and loneliness. Inspired by Fischl’s own childhood in suburban Long Island, NY, and his early career as an artist working in New York City in the 1980’s, Disturbing Innocence presents a subversive and escapist world at odds with the values and pretensions of polite society.

Accompanying the exhibition is a fully illustrated catalogue with an original text by James Frey, ‘A Real Doll’ by A.M. Homes, and a conversation featuring Eric Fischl, David Salle, Cindy Sherman, and Laurie Simmons, moderated by FLAG Founder Glenn Fuhrman.

Eric Fischl is an internationally acclaimed American painter and sculptor. His artwork is represented in many distinguished museums throughout the world and has been featured in over one thousand publications. His extraordinary achievements throughout his career have made him one of the most influential figurative painters of the late 20th and early 21st centuries.

Fischl was born in 1948 in New York City and grew up in the suburbs of Long Island. He began his art education in Phoenix, Arizona where his parents had moved in 1967. He attended Phoenix College and earned his B.F.A. from the California Institute for the Arts in 1972. He then spent some time in Chicago, where he worked as a guard at the Museum of Contemporary Art. In 1974, he moved to Halifax, Nova Scotia, to teach painting at the Nova Scotia College of Art and Design. Fischl had his first solo show, curated by Bruce W. Ferguson, at Dalhousie Art Gallery in Nova Scotia in 1975 before relocating to New York City in 1978.

Fischl’s suburban upbringing provided him with a backdrop of alcoholism and a country club culture obsessed with image over content. His early work thus became focused on the rift between what was experienced and what could not be said. His first New York City solo show was at Edward Thorp Gallery in 1979, during a time when suburbia was not considered a legitimate genre for art. He first received critical attention for depicting the dark, disturbing undercurrents of mainstream American life.

Fischl’s paintings, sculptures, drawings and prints have been the subject of numerous solo and major group exhibitions and his work is represented in many museums, as well as prestigious private and corporate collections, including The Metropolitan Museum of Art, The Whitney Museum of American Art, The Museum of Modem Art in New York City, The Museum of Contemporary Art in Los Angeles, St. Louis Art Museum, Louisiana Museum of Art in Denmark, Musée Beaubourg in Paris, The Paine Weber Collection, and many others. Fischl has collaborated with other artists and authors, including E.L. Doctorow, Allen Ginsberg, Jamaica Kincaid, Jerry Saltz and Frederic Tuten.

Eric Fischl is also the founder, President and lead curator for America: Now and Here. This multi-disciplinary exhibition of 150 of some of America’s most celebrated visual artists, musicians, poets, playwrights, and filmmakers is designed to spark a national conversation about American identity through the arts. The project launched on May 5th, 2011 in Kansas City before traveling to Detroit and Chicago.