Gursky's subjects encompass architecture, landscape and interiors, as well as large-scale events attended by huge crowds. The solo exhibition features 60 works from his oeuvre, some of them are shown for the first time. 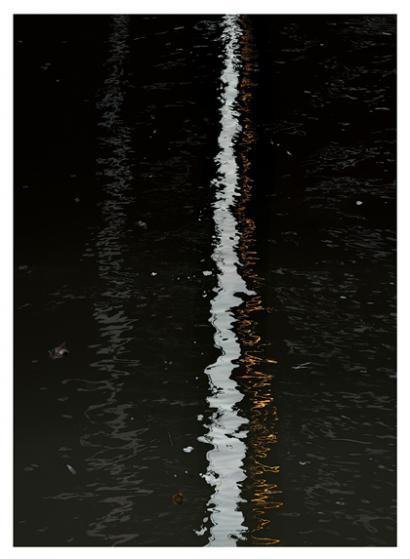 The oeuvre of the Düsseldorf-based, internationally renowned photographic artist
Andreas Gursky (born in Leipzig in 1955) offers in contemporary photography a new
approach to realism. Often highly conceptual in his approach, Gursky makes full use of
photo montage using digital technology. For his major exhibition at Museum Kunstpalast,
Gursky selected 60 works from his oeuvre. Some of the more recent pieces are to be
shown to the public for the first time in this one-off show. Rather than following a
chronological order, the exhibition mixes new and old, small and some very large-scale
works, offering new and unusual perspectives on Gursky’s photographic art.

Gursky’s subjects encompass architecture, landscape and interiors, as well as large-
scale events attended by huge crowds. The Düsseldorf exhibition spans from the early
1980s through to the very recent series such as Ocean I-VI, 2010, and Bangkok, 2011.
“What I do it is not purely photography”, Gursky comments on his own work. “All of my
pictures draw from direct visual experience, from which I develop a pictorial idea, which
is then tried and tested in the studio in terms of its worthiness of being used for a picture,
and finally developed and rendered precise on the computer.“ (Andreas Gursky)
Nearly all of Gursky’s photographic works are based on a multitude of shots. These are
elaborately condensed together on a computer, becoming one integral composition.
Gursky’s aim is neither to achieve documentary objectivity, nor to present a subjective
perspective, but to create a synthesis of visual structures, and construct a perfect
individual picture or series.

“Invariably, Gursky initially starts off by searching for images, and in a second step
invents his picture. Gursky’s pictures do not appear out of nowhere, they are always
based on a picture which existed previously. No matter, to what extent - he works on the
́pre-picture` until it finally matches what he had in mind.” (Beat Wismer, Generaldirektor
Stiftung Museum Kunstpalast)

Particularly the series Bangkok, even more so than his cycle Ocean based on satellite
images, testifies that Gursky is both an artist who works conceptually and a painter
working with photography. The works show no hints as to the location of motifs, merely
the title “Bangkok” suggests the location of the depicted shoreless flowing water.
The gaze on the Chao Phraya flowing through Bangkok, which does not fall upon the river
from high above, but from a boat landing stage, the observation of the changing play of
light on the water’s surface, as well as the aesthetic breaks caused by the waste floating
in the river, gave Gursky the impulse for this new series. With a refined sense for
painterly density, he examined the possible variations with a view to compositional
aspects. He finally developed a total of ten works from the river’s light-shadow
camouflage. In contrast to the Ocean work series, Gursky exclusively used portrait format
for Bangkok. This lends each individual piece a meditative dimension.

Alternating between reality and fictional effect, especially the works of the Bangkok
series exhibit a high degree of abstraction and offer scope for a wealth of painterly
associations. They are reminiscent of Art Informel, or of Abstract Expressionist pictures
by Clifford Still or Barnett Newman.

One key work which – among others – will be shown for the first time in this exhibition is
the large-format photographic piece titled Qatar dating from 2012. This work depicts a
giant liquid gas tank which has been completely drained for cleaning purposes on board
one of the transport ships departing from Qatar on a regular basis.

In order to photographically capture the huge dimensions of the space, which appears like
a safe or strong room, and in order to be on the same level as the kneeling figure
becoming visible in the milky-transparent tent on the left-hand side of the picture, Gursky
had to descend 40 metres down a ladder into the tank clad with gold shimmering
aluminium panels. With the miniscule size of the person present in the giant tank and the
array of light reflections in the vast, somewhat eerie enclosed space, the picture
composer Gursky achieves a strong poetic impact.

Gursky’s photographic art shown in the Düsseldorf exhibition illustrates that the artist
chooses his vantage point in correspondence with the motif and subject of the picture.
With the aid of digital image processing, some of his extremely large-scale works
summarise the multi-tude of perspective possibilities – front view, top view, bottom view
or overview. Many of his works thus exhibit a perspective ambivalence between distanced
overview and focussed detail sharpness. Works such as Chicago Board of Trade III (1999),
Madonna (2001) or Boxenstopp (pit stop, 2007) are based on a very complex image
composition which, rather than emphasising a central perspective, give all details equal
value.

Andreas Gursky, who with his works makes a considerable contribution to the interna-
tional significance of contemporary German photography, studied Visual Communication
with Otto Steinert and Michael Schmidt from 1977 to 1981at the Folkwang University in
Essen. He subsequently continued his studies at the Academy of Art in Düsseldorf, where
from 1985 until his graduation in 1987 he was master student of Bernd Becher. Along
with artists inclu-ding Candida Höfer, Axel Hütte, Thomas Ruff, Jörg Sasse and Thomas
Struth, Andreas Gursky was part of the group of Becher students who coined the term
“Düsseldorf School of Photography”.
In 2010 Andreas Gursky was appointed professor at the Düsseldorf Academy of Art,
where he teaches free art.